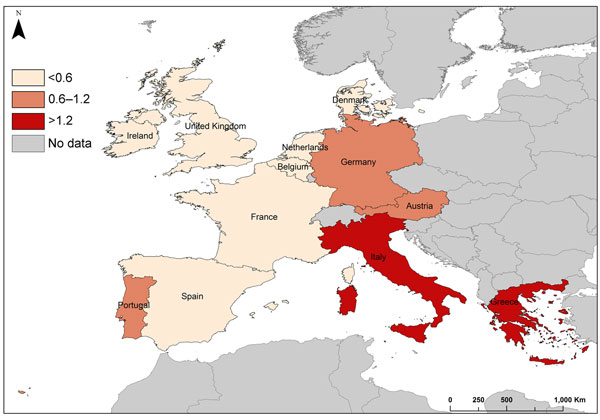 Figure 2. . . Risk for travel-associated Legionnaires’ disease in residents of Denmark, France, the Netherlands, and the United Kingdom who traveled to countries in Europe. Risk is displayed in countries where travelers spent at least 5 million nights in commercial accommodations during 2009, European Union/European Economic Area (in cases per million nights).