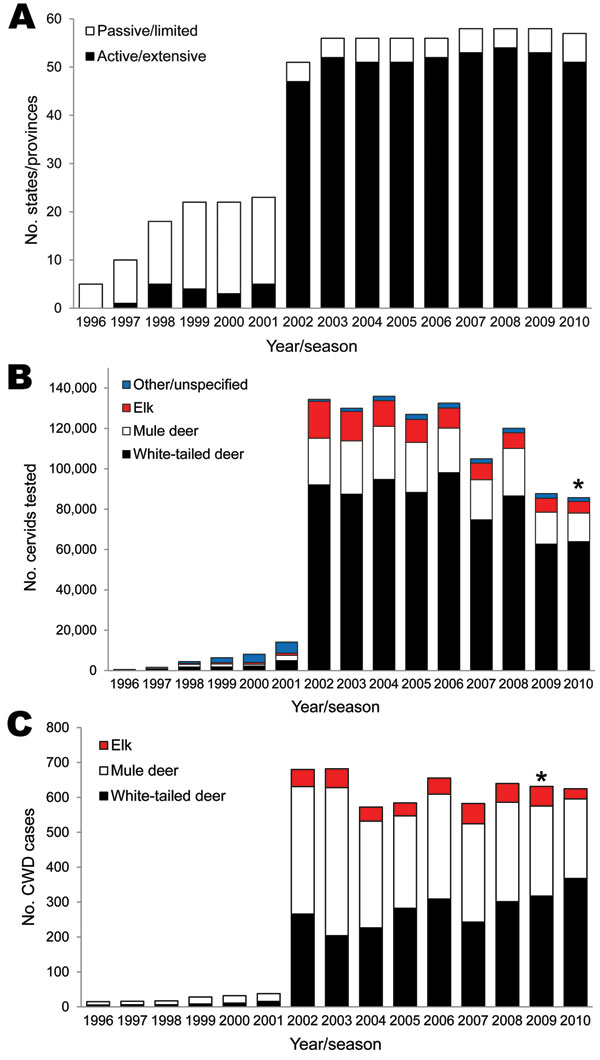 Figure 2. Annual surveillance of free-ranging cervids for chronic wasting disease (CWD). A) Number of US states and Canadian provinces conducting limited or extensive CWD surveillance of free-ranging cervids. B) Number of cervids tested by species each year/season. Other/unspecified includes black-tailed deer, moose, caribou, and data that could not be separated by species. C) Number of CWD-positive cervid samples (CWD cases) by species each year/season. Less than 5 moose were positive. Data were obtained from state and provincial wildlife agencies. Asterisks indicate preliminary or approximated 2010 data.

Page created: February 02, 2012
Page updated: February 15, 2012
Page reviewed: February 15, 2012
The conclusions, findings, and opinions expressed by authors contributing to this journal do not necessarily reflect the official position of the U.S. Department of Health and Human Services, the Public Health Service, the Centers for Disease Control and Prevention, or the authors' affiliated institutions. Use of trade names is for identification only and does not imply endorsement by any of the groups named above.