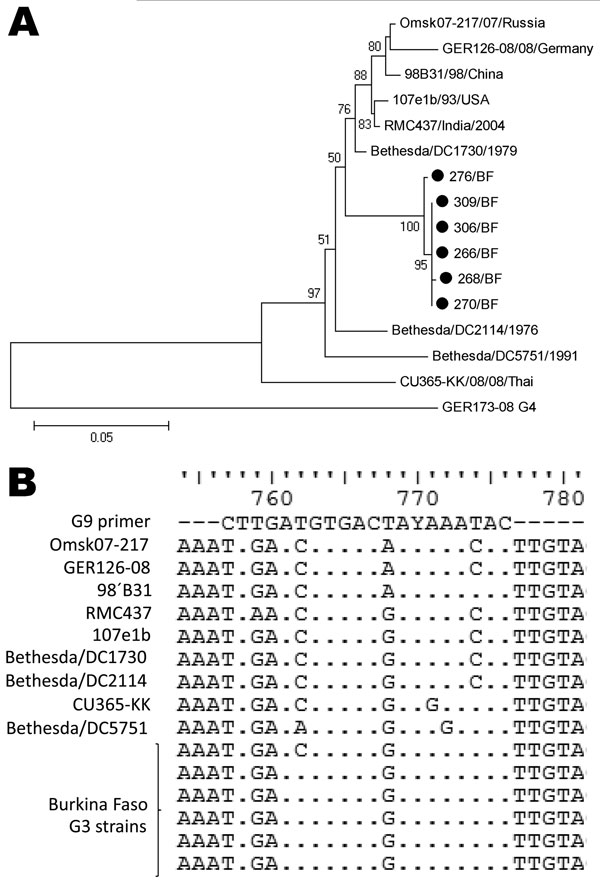 Figure 2. A) Phylogenetic analysis of partial sequences of the viral protein (VP) 7 genes (nt 115–851) for G3 rotavirus strains isolated in Burkina Faso during December 2009–March 2010, with a G4 strain as an outgroup. Scale bar represents number of substitutions per site. Bootstrap values are shown at the branch points (values of <50% are not shown). B) The G9 primer used is homologous at the 3′ end to the VP7 gene of the G3 strains in Burkina Faso during December 2009–March 2010. The reference G3 strains were deliberately selected for similarity to the Burkina Faso G3 strains.

Page created: March 19, 2012
Page updated: March 19, 2012
Page reviewed: March 19, 2012
The conclusions, findings, and opinions expressed by authors contributing to this journal do not necessarily reflect the official position of the U.S. Department of Health and Human Services, the Public Health Service, the Centers for Disease Control and Prevention, or the authors' affiliated institutions. Use of trade names is for identification only and does not imply endorsement by any of the groups named above.