Factors Related to Increasing Prevalence of Resistance to Ciprofloxacin and Other Antimicrobial Drugs in Neisseria gonorrhoeae, United States 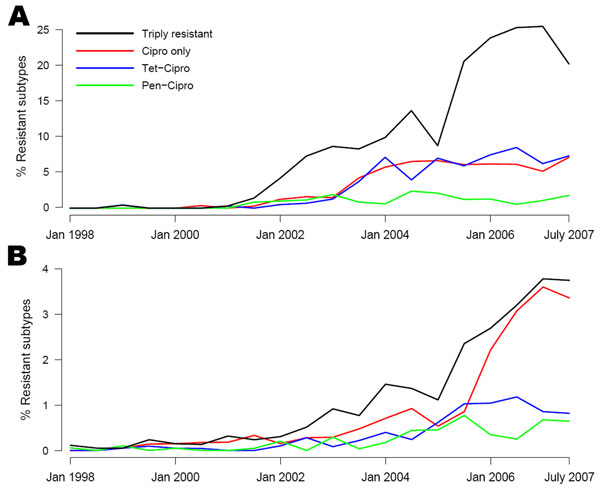 Figure 2. . . . . Semiannual prevalence of the ciprofloxacin (Cipro)–resistant type of Neisseria gonorrhoeae for men who have sex with men (A) and heterosexual men (B), stratified by resistance characteristics to tetracycline (tet) and penicillin (pen).

Page created: July 17, 2012
Page updated: July 17, 2012
Page reviewed: July 17, 2012
The conclusions, findings, and opinions expressed by authors contributing to this journal do not necessarily reflect the official position of the U.S. Department of Health and Human Services, the Public Health Service, the Centers for Disease Control and Prevention, or the authors' affiliated institutions. Use of trade names is for identification only and does not imply endorsement by any of the groups named above.