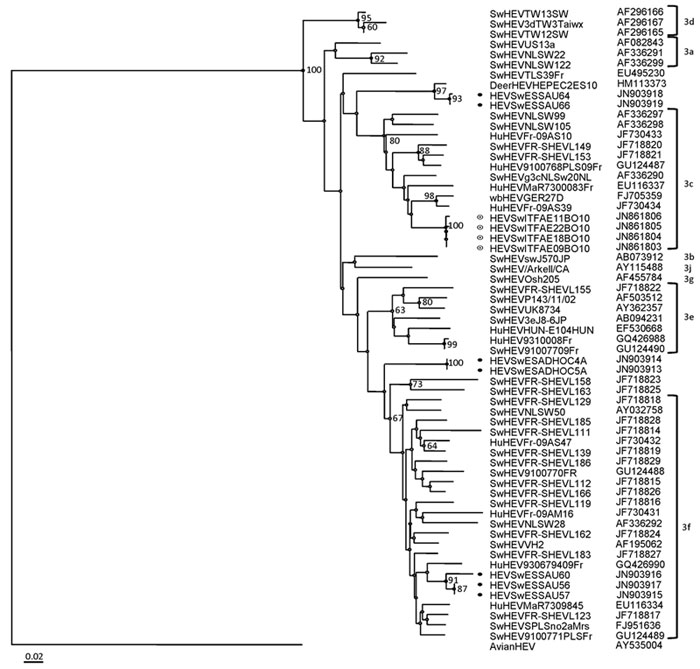 Figure A1. . . Phylogenetic tree constructed with the Bionumerics version 6 software (Applied Maths, Kortrijk, Belgium) by the neighbor-joining method on the basis of partial nucleotide sequences of open reading frame 2, with avian hepatitis E virus as an outgroup (GenBank accession no. AY043166). Samples are from Italy and Spain, 2010. Bootstrap values of >60% are indicated. ● indicates sequences from Spain; ◉ indicates sequences from Italy. Subtypes of genotype 3 HEV strains are indicated. Scale bar indicates number of substitutions per site.

Page created: July 18, 2012
Page updated: July 18, 2012
Page reviewed: July 18, 2012
The conclusions, findings, and opinions expressed by authors contributing to this journal do not necessarily reflect the official position of the U.S. Department of Health and Human Services, the Public Health Service, the Centers for Disease Control and Prevention, or the authors' affiliated institutions. Use of trade names is for identification only and does not imply endorsement by any of the groups named above.