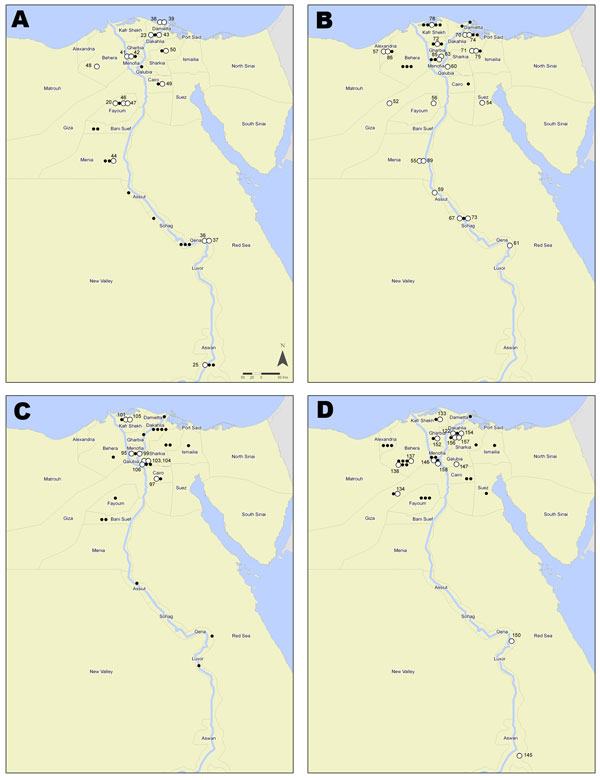 Figure 2. . . Geographic distribution of humans with highly pathogenic avian influenza A(H5N1) virus infection yielding clade 2.2.1 isolates, Egypt, 2007–2011. Each case is shown within the governorate that reported the case; however, locations within governorate territories are arbitrary and do not represent exact coordinates. White circles indicate the 59 confirmed cases from this study with fully sequenced viral genomes; numbers are the corresponding World Health Organization case numbers. Black dots indicate confirmed cases. Cases include 25 from 2007 and 8 from 2008 (A); 39 from 2009 (B); 29 from 2010 (C); and 39 from 2011 (D).