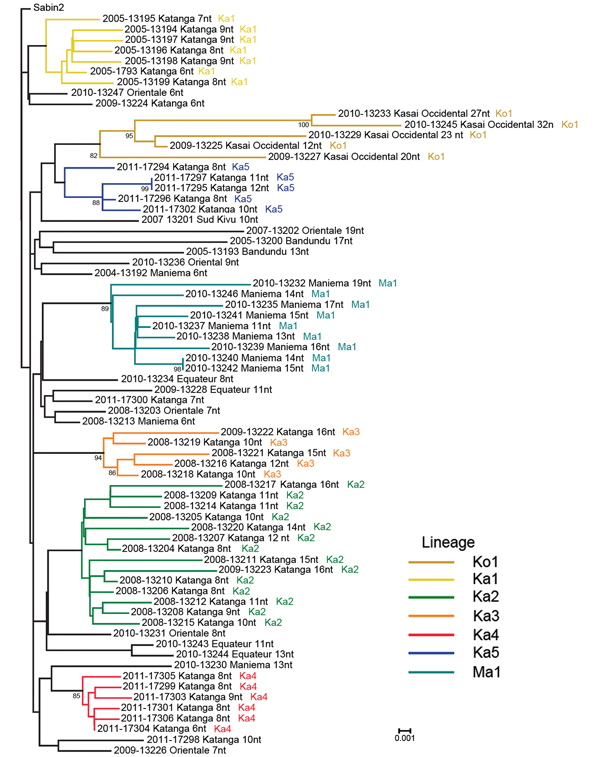 Figure 3. . Viral protein phylogenetic relationships among vaccine-derived poliviruses isolated from patients with acute flaccid paralysis, Democratic Republic of Congo, 2004–2011. The tree was rooted to the Sabin type 2 poliovirus sequence. The year of onset of paralysis is indicated at the beginning of each virus name, followed by a 5-digit identifier and the province of the case-patient. The numbers of nucleotide differences from the Sabin 2 prototype viral protein 1 sequence are indicated, followed by the name of the lineage. Bootstrap values >80 are indicated on the tree. Scale bar indicates nucleotide substitutions per site.