A Highly Heterogeneous HIV-1 Epidemic in the Central African Republic 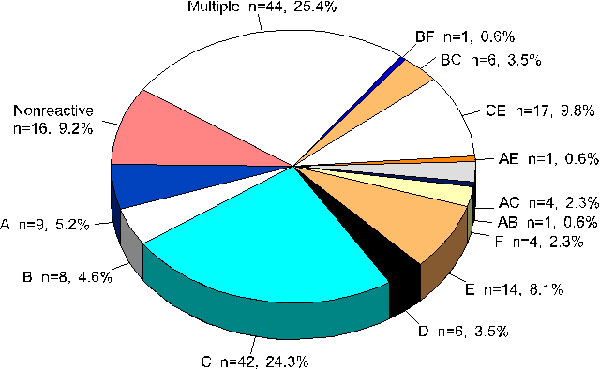 Figure 2. Serotype distribution among 173 HIV-1-infected persons. Letters indicate serologic reactivities to peptides to the given HIV-1 subtypes A-F. Sera reactive to two different subtype peptides are given as a combination of two letters. Multiple refers to sera that reacted to more than two different subtype peptides. Nonreactive refers to sera that did not react to any of the peptides used.