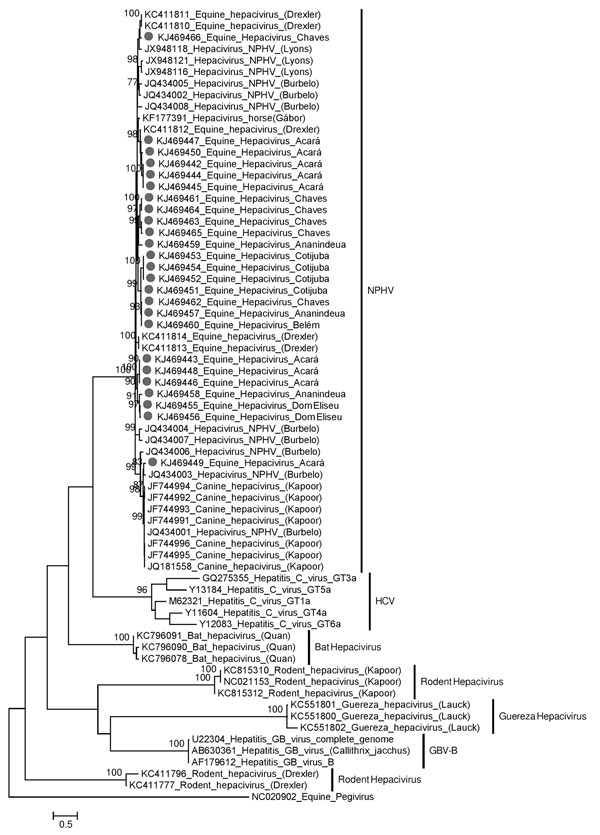 Figure. Maximum-likelihood phylogenetic tree of the partial nucleotide sequences of the nonstructural protein 3 region (294 bp) of Hepacivirus. The retrieved sequences from GenBank are indicated by the accession number followed by the species from which each was isolated. The 25 sequences obtained from 300 equids in 7 cities and 1 district of the State of Pará, Brazil, during January 2011–November 2013, are indicated with a dot and are identified by their GenBank accession numbers followed by their community of origin. Bootstrap values ​​(1,000 replicates) >70% are listed at the nodes. One sequence of equine Pegivirus was used as an outgroup. GBV-B, GB virus B; HCV, hepatitis C virus; NPHV, nonprimate hepaciviruses. Scale bar indicates nucleotide substitutions per site.