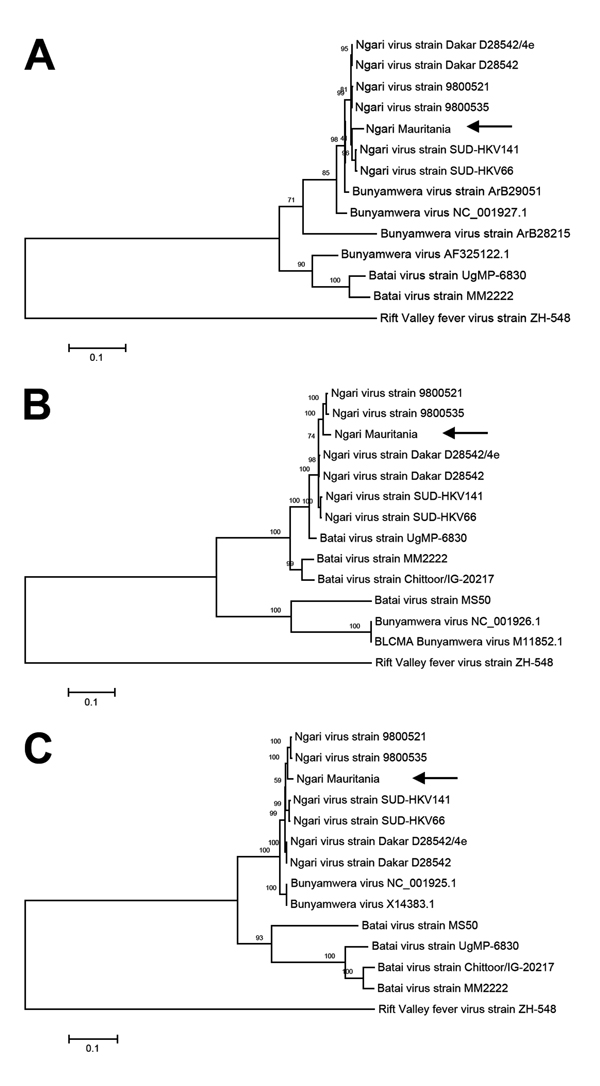 Figure. Phylogenetic tree of Ngari virus–derived A) small (975 bp), B) medium (4,507 bp), and C) large (6,887) segment sequences of Bunyamwera and Batai viruses compared with isolate obtained from a goat in Mauritania in 2010 (arrows). The tree was constructed on the basis of the nucleotide sequences of the 3 complete segments by using the neighbor-joining method (1,000 bootstrap replications). The tree was rooted to the sequence of Rift Valley fever virus strain ZH-548. Scale bars indicate substitutions per nucleotide position.