We found a diversity of Rickettsia spp. in seabird ticks from 6 tropical islands. The bacteria showed strong host specificity and sequence similarity with strains in other regions. Seabird ticks may be key reservoirs for pathogenic Rickettsia spp., and bird hosts may have a role in dispersing ticks and tick-associated infectious agents over large distances.

Rickettsia infections have been explored in many tick species parasitizing a wide variety of animal hosts (1). Rickettsia africae, the agent of African tick-bite fever, has been detected in the seabird tick Amblyomma loculosum (2), suggesting a role for seabirds in the maintenance, transmission, and large-scale dispersal of emerging Rickettsia spp.

In tropical regions, 2 common and abundant tick species are associated with seabird colonies: the hard tick, A. loculosum, and the soft tick, Carios capensis (3). Rickettsia spp. have been documented in these tick species from different areas, although only 1 report is available for tropical areas (2). R. hoogstraalii, R. felis, and an undescribed species (Rickettsia sp. scc49) were detected in C. capensis ticks in South Carolina, USA (4,5). R. hoogstraalii was also reported in C. capensis ticks from Japan (6), raising questions regarding the host and geographic range of Rickettsia spp. in seabird ticks.

To better understand the role of seabirds and seabird ticks as reservoirs and dispersers of pathogens, we investigated Rickettsia spp. infections in A. loculosum and C. capensis ticks. These 2 tick species are commonly found on remote tropical islands of the western Indian Ocean. Using molecular detection techniques, we examined variations in detection rates and estimated the genetic diversity of Rickettsia spp. between islands and between tick species. 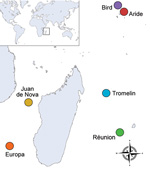 Figure 1. Location of western Indian Ocean islands where tick sampling was conducted among seabird colonies during 2011–2012.

During 2011 and 2012, we collected ticks from seabird colonies on 6 islands of the western Indian Ocean: Aride, Bird, Europa, Juan de Nova, Tromelin, and Réunion Islands (Figure 1; Table). Sample collection on Réunion, Juan de Nova, Tromelin, and Europa Islands was conducted under the approval of the Direction de l'Environnement, de l'Aménagement et du Logement, the Conservatoire du Littoral–Antenne Océan Indien, and the Terres Australes and Antarctiques Françaises. Sample collection on Aride and Bird Islands and their export to Réunion Island were performed with the approval of the Seychelles Bureau of Standards and the Ministry of Environment.

All ticks were morphologically identified as A. loculosum or C. capensis by using standard taxonomic keys (Figure 2). Ticks were individually washed in distilled water and homogenized in Dulbecco modified essential medium or Buffer AVL (QIAGEN, Valencia, CA, USA). Total nucleic acids were extracted by using the EZ1 Viral mini kit v2 and the BioRobot EZ1 System or the QIAmp Viral RNA Mini Kit (all from QIAGEN). We used a commercial cDNA kit (Promega, Madison, WI, USA) to generate cDNAs by reverse transcription. cDNA and PCR, with primers selecting for a 1,064-bp fragment of the citrate synthase–encoding gene (gltA), were used to detect Rickettsia spp. (7). Sequencing of this fragment enabled putative identification of the detected rickettsiae, although complete genotyping is required to fully characterize them (8). 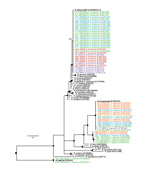 Figure 3. Maximum clade credibility tree for Rickettsia sppdetected in seabird ticks (Amblyomma loculosum and Carios capensis) of the western Indian Ocean as determined on the basis of a 913-bp fragment of the...

Partial sequencing was performed on the Rickettsia spp. gltA gene from 60 ticks, including ticks from each island and both species. Phylogenetic analyses revealed 7 haplotypes clustering in 4 well-supported clades; some of the haplotypes corresponded to previously described species (Figure 3). No association was found between Rickettsia spp. and collection location (island), but strong host (tick) specificity was observed (Figure 3). All A. loculosum ticks were infected with a Rickettsia strain showing 100% nt identity with the R. africae strain infecting A. loculosum ticks in New Caledonia and with the ESF-5 strain isolated from the cattle tick, A. variegatum, in Ethiopia (GenBank accession no. CP001612.1). Rickettsia spp. in C. capensis ticks had 3 well-supported genetic clusters and, thus, were more diverse. The most frequent Rickettsia sp. in these ticks (64% of the sequences) was a probable strain of R. hoogstraalii. Other haplotypes corresponded to an unknown Rickettsia sp. that was closely related to R. hoogstraalii and to a probable strain of R. bellii (28% and 8% of the sequences, respectively). The haplotype of R. bellii was detected only on Réunion Island in 2 C. capensis ticks collected within the same nest of the wedge-tailed shearwater (Puffinus pacificus).

Phylogenetic analyses revealed a diversity of Rickettsia spp. showing strong host specificity. The most frequently detected Rickettsia sp. was R. africae, the causative agent of African tick-bite fever. R. africae was found only in the hard tick, A. loculosum. These findings support the hypothesis that R. africae is well adapted to this tick host, which may act as a major reservoir for the pathogen (8). Moreover, the similarity of R. africae sequences from our study with those of strains found in other parts of the world indicates that host shifts may be frequent for this bacterium, facilitating its spread in different tick populations. A better understanding of exchanges between wild and domestic fauna and the possible emergence of R. africae at regional levels will require further investigations of the link between R. africae in seabird ticks and in cattle ticks (10).

We detected 2, possibly 3, Rickettsia spp. in C. capensis ticks; this genetic diversity was higher than that detected in A. loculosum ticks. In accordance with previous descriptions (4,6), R. hoogstraalii was the most common Rickettsia species infecting C. capensis ticks, confirming that this tick species likely represents a major host reservoir for this bacterium. An unclassified rickettsial lineage, genetically related to R. hoogstraalii, was also identified in C. capensis from Réunion, Europa, and Tromelin Islands, showing that 2 distinct Rickettsia spp. cocirculate in these tick populations. Additional sampling and further genetic characterization (8) are required to better describe the distribution of this lineage and its relationships to R. hoogstraalii.

R. bellii has mainly been documented in the Americas, but recent studies have detected the presence of closely related R. bellii strains in Australia (11) and Europe (12). Although we detected R. bellii in only 2 ticks on 1 island, our study findings show the potential for broad distribution of this bacterium because of its large arthropod host range (13). The R. bellii genome has been completely sequenced (13), but current knowledge on its epidemiology and pathogenicity in humans remains to be evaluated. In addition, our study was restricted to analysis of the gltA gene, so additional genotyping studies are needed to fully characterize the Rickettsia spp. that we identified (8).

The presence of Rickettsia spp. on remote islands indicates a possible role of bird hosts in the dispersal of ticks and their associated infectious agents over large distances (14,15). An understanding of the historic colonization and current population structure of A. loculosum and C. capensis ticks, together with knowledge of bird migratory patterns, is required to properly assess the risk for emergence of Rickettsia spp. on these islands.

Dr Dietrich is a postdoctoral research associate in the Center for Research on Emerging Infectious Diseases in the Indian Ocean on Réunion Island. She is interested in parasite biodiversity and the evolutionary ecology of host–parasite interactions.

Page created: April 18, 2014
Page updated: April 18, 2014
Page reviewed: April 18, 2014
The conclusions, findings, and opinions expressed by authors contributing to this journal do not necessarily reflect the official position of the U.S. Department of Health and Human Services, the Public Health Service, the Centers for Disease Control and Prevention, or the authors' affiliated institutions. Use of trade names is for identification only and does not imply endorsement by any of the groups named above.