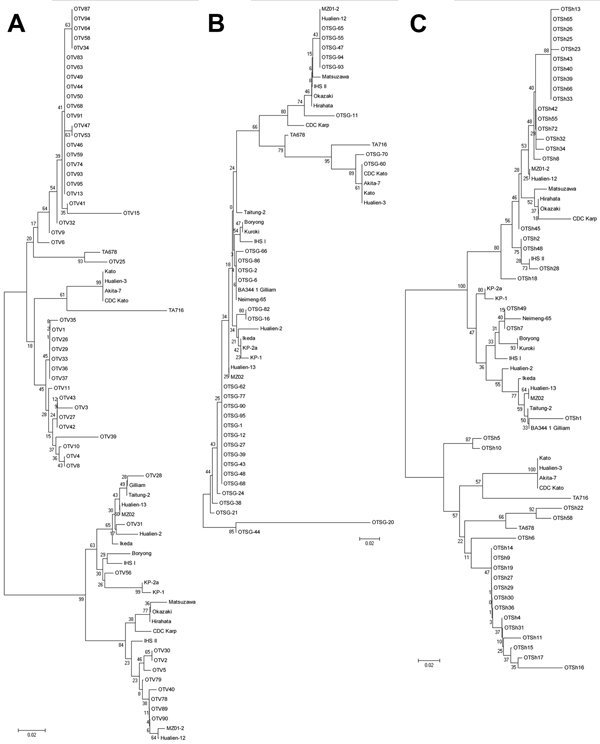 Figure 1. Phylogenetic distribution of Orientia tsutsugamushiisolates from scrub typus patients in Vellore (A), Shillong (B), and Shimla (C), India, September 2010–August 2012. Isolates were identified on the basis of the 56-kDa TSA gene. Evolutionary history was inferred by using the neighbor-joining method. The percentage of replicate trees in which the associated taxa clustered together in the bootstrap test (1,000 replicates) is shown next to the branches. The tree is drawn to scale, with branch lengths in the same units as those of the evolutionary distances used to infer the phylogenetic tree. Evolutionary distances were computed by using the maximum composite likelihood method (10). Scale bars indicate base substitutions per site. Sequences identified in this study were deposited in GenBank under accession nos. KC153061–KC153085 and KF777306–KF777328 (OTV), KF777329–KF777357 (OTSG), and KF777265–KF777290, KF777292, and KF777294– KF777305 (OTSh). OTV, O. tsutsugamushi from Vellore; OTSG, O. tsutsugamushi from Shillong; OTSh, O. tsutsugamushi from Shimla.