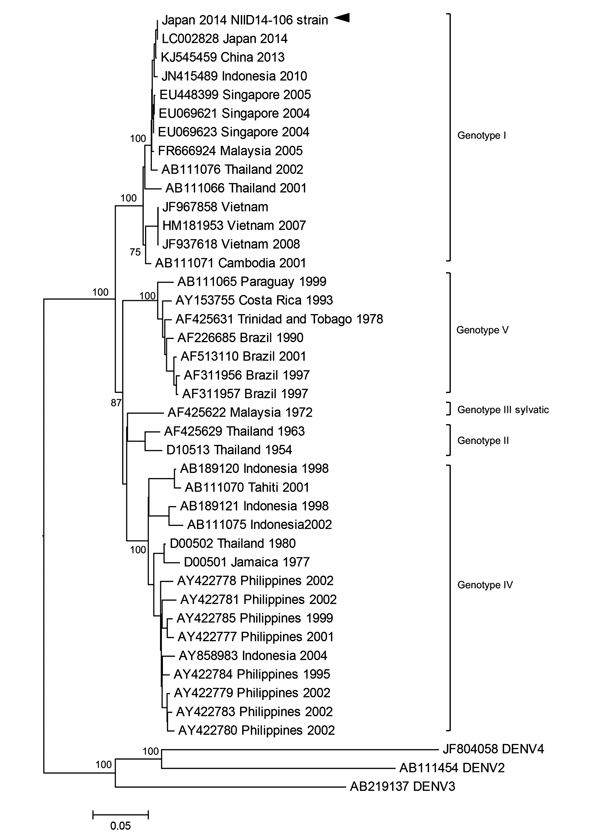 Figure 2. Phylogenetic analysis of a dengue virus (DENV) sequence derived from a patient with confirmed autochthonous dengue fever (patient 2), Tokyo, Japan, contracted during August 26–September 22, 2014. Phylogenetic tree is based on the envelope protein genome sequence of selected dengue virus type-1 (DENV-1) strains. DENV-2, DENV-3, and DENV-4 serotypes were used as outgroups. Percentages of successful bootstrap replication are indicated at the nodes. DENV-1 genotypes are indicated on the right. The DENV-1 National Institute of Infectious Diseases (NIID) strain 14-106 (GenBank accession no. LC006123) is indicated with an arrowhead. Virus strains are indicated by GenBank accession number, place, and date of isolation. Scale bar indicates number of nucleotide substitutions per site.