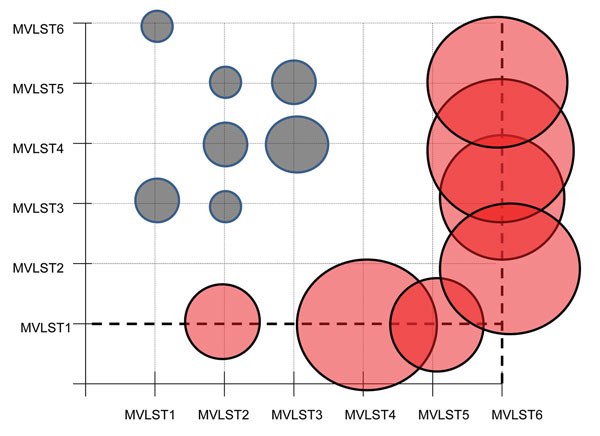 Figure 2. Graphic representation of the evolutionary analysis that tested the hypothesis of equality of evolutionary rates between multivirulence locus sequence type (MVLST) genotypes for study of Far East scarlet-like fever caused by a clonal group of Yersinia pseudotuberculosis, Russia. The χ2 test statistic was applied for the pairwise comparison of concatenated sequences of MVLST markers, with the Y. pestis sequence being used as an outgroup. Circles indicate values of the χ2 test statistic of the pairwise comparison calculated in MEGA6 (10); diameters correspond to values of rejection of the null hypothesis that states the equality of evolutionary rates between pairs of concatenated sequences. Statistically significant values are shown in red.