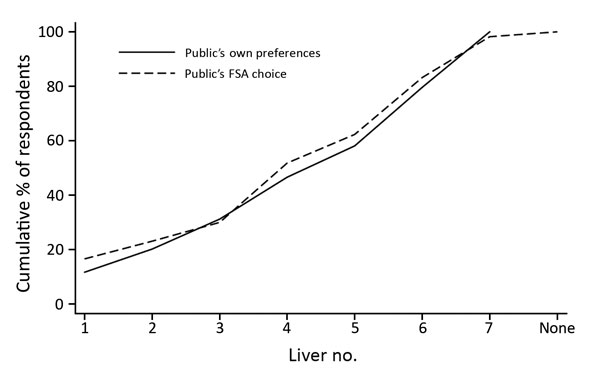 Figure 4. Proportion of public identifying which chicken liver dishes they preferred and which they believed complied with FSA cooking guidelines in survey to determine preferences and knowledge of safe cooking practices among chefs and the public, United Kingdom. Liver image numbers correspond to those shown in Figure 1. FSA, Food Standards Agency.