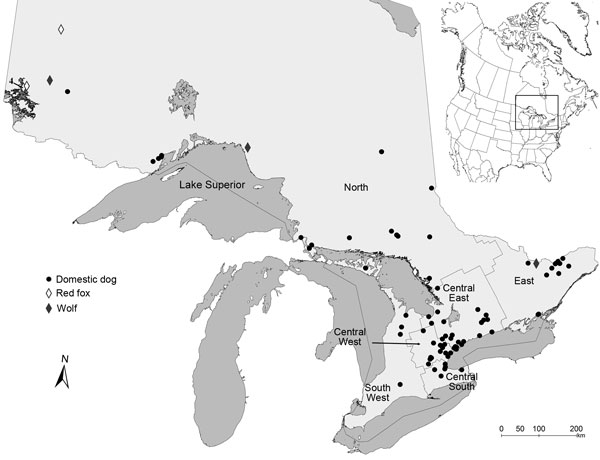 Figure. Locations of wild and domestic canids infected with Blastomyces dermatitidis during 1996–2014, Ontario, Canada. Inset map shows the location of Ontario in Canada. Health regions within the province consist of grouped public health units as defined by the Ontario Ministry of Public Health and are named according to Morris et al. (2). Dark gray shading indicates lakes; the Great Lakes are shown in the lower part of the figure.