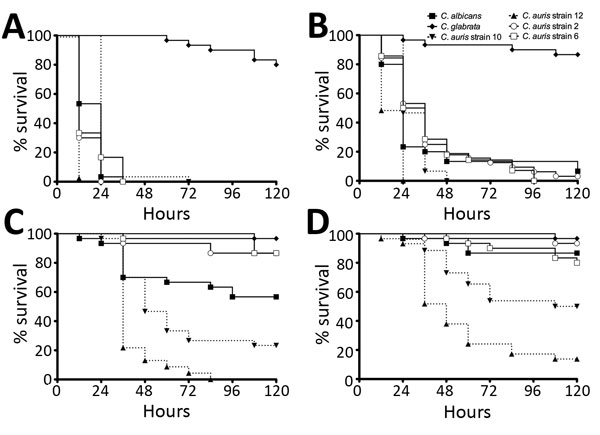 Figure 2. Pathogenicity of Candida species yeast infections in vivo. Galleria mellonella larvae were infected with 106 (A), 5 × 105 (B), 105 (C), and 5 × 104 (D) cells/larvae of C. albicans, C. glabrata, and 4 C. auris strains, and larvae survival measured every 12 h over 5 d. Ten samples of each yeast were used, and experiments were performed on 3 independent occasions. Data represents the mean percentage survival, as determined using a Kaplan-Meier plot. PBS and controls, which were pierced only, were also included and had no effect on larvae survival. Results show that C. auris and C. albicans infection exhibit similar pathogenicity.