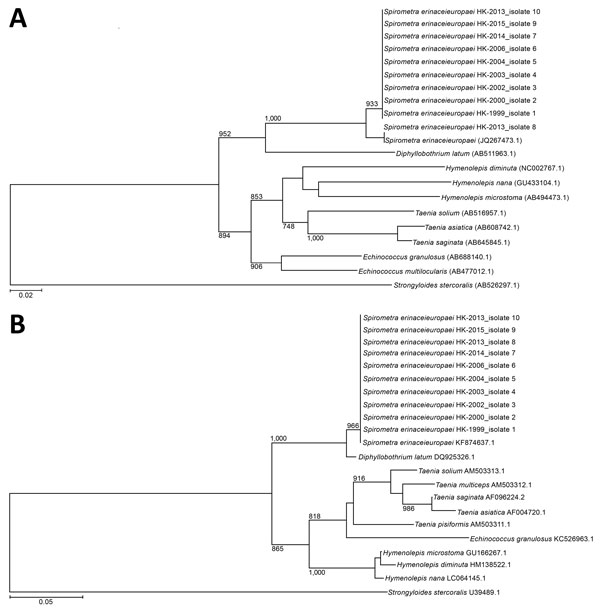 Figure. Phylogenetic analysis of cox1 and 28S rRNA genes of archived formalin-fixed paraffin-embedded tissues obtained from human sparganosis cases, Hong Kong, 1999–2015. A) A 252-bp sequence from the cox1 gene (GenBank accession nos. KU760072–81) was included for each isolate. B) A 211-bp sequence from the 28S rRNA gene (accession nos. KX831668–77) was included for each isolate. Trees were constructed by using the neighbor-joining method and rooted with the corresponding sequence in Strongyloides stercoralis (accession nos. AB526297.1 and U39489.1 for cox1 and 28S rRNA genes, respectively). The bootstrap values are shown for nodes that appeared in >70% of the 1,000 replicates. The species used for comparison and their GenBank accession numbers are given in the tree. Scale bars indicate estimated number of substitutions per 50 bases.