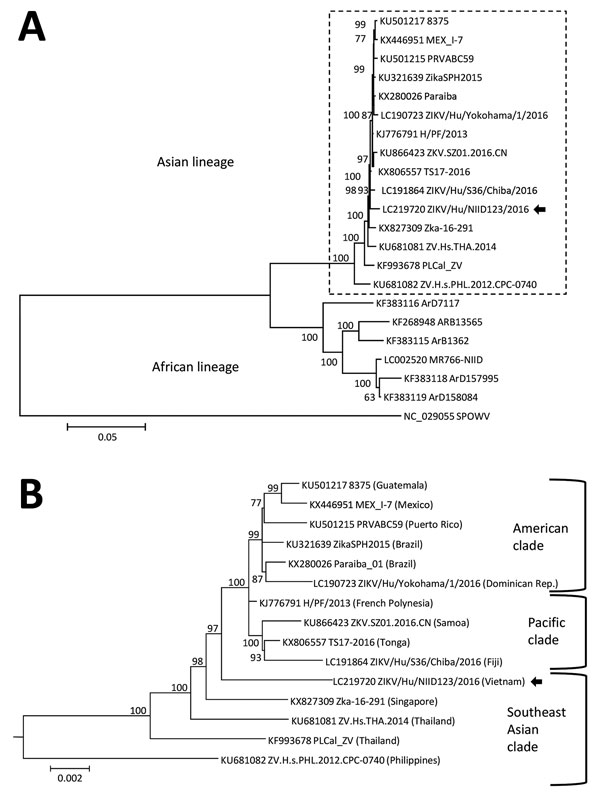 Figure. Phylogenetic analysis of the Zika virus sequence derived from a patient returning to Japan from Vietnam in November 2016. The phylogenetic tree was based on a nearly complete genome and constructed by using the maximum-likelihood method (MEGA 7.0, http://www.kumarlab.net/publications). The sequence derived from the patient is indicated with an arrow. A) The phylogenetic tree based on a nearly full-length region. B) The expanded Asian lineage branch (dotted box in panel A). Scale bars indicate nucleotide substitutions per site.