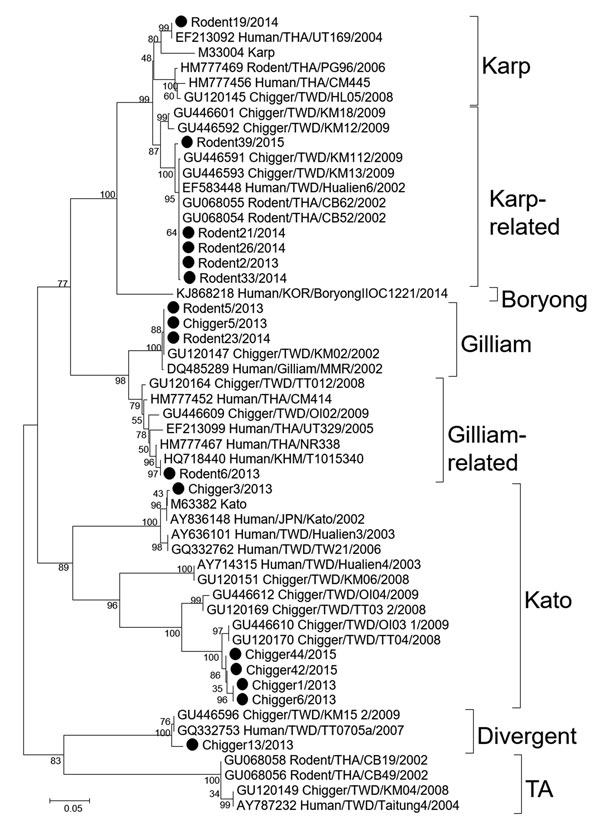 Figure 2. Phylogenetic tree of nucleotide sequences of partial Orientia tsutsugamushi 56-kDa type-specific antigen encoding genes obtained from rodents and chiggers in Chonburi Province, Thailand, 2013 (black circles). Tree was constructed by neighbor-joining on the basis of the Kimura 2-parameter model and maximum-likelihood methods using the general time reversible model. Bootstrapping for 1,000 replications was included in all phylogenetic tree constructions. No difference in tree topology was observed among phylogenetic trees constructed by the 2 methods. Nucleotide sequences of chiggers and rodent tissue samples from Thailand have been deposited in GenBank (accession nos. MF431253–MF431268); GenBank accession numbers are provided for reference sequences. Genotypes are indicated at right. Scale bar indicates nucleotide substitutions per site.