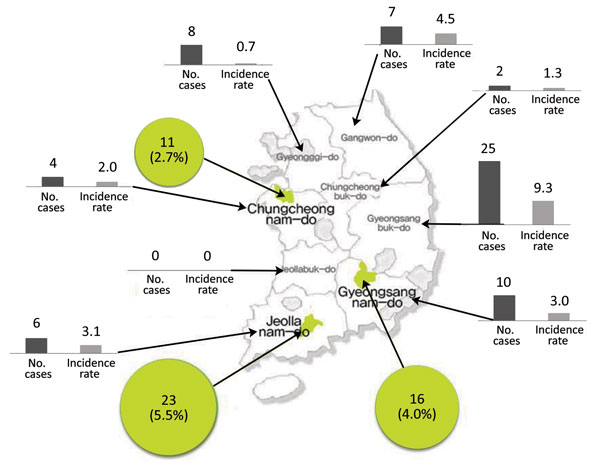 Figure 1. Seroprevalence in 3 rural areas (2014) and incidence in 8 provinces (2013–2014) of severe fever with thrombocytopenia syndrome, South Korea. Within each province, 1 rural area was selected on the basis of the number of cases. Green circles indicate seroprevalence determined by using an indirect immunofluorescence assay. The incidence rate is per 1 million persons.