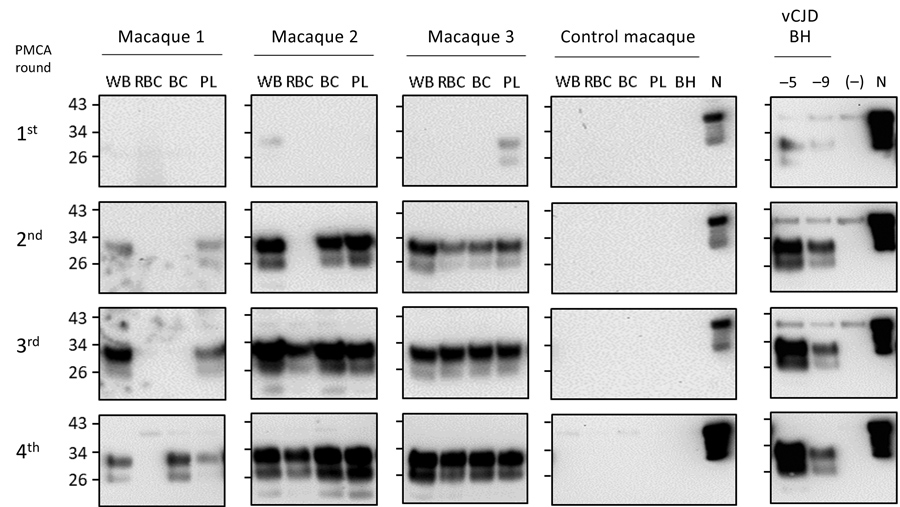 Figure 2. Detection of macaque-adapted vCJD prions in blood and blood fractions of macaques collected at the final bleed. WB, RBC, BC, and PL collected at the terminal bleed of 3 macaques infected with macaque-adapted vCJD and 1 noninfected control were processed and analyzed by 4 PMCA rounds. Dilutions of vCJD BH of 10−5 (−5) and 10−9 (−9) were analyzed as positive controls; an unseeded reaction (−) was used as a negative control. After completion of the 4 rounds of PMCA, samples were digested with 50 μg/mL of proteinase K and analyzed by Western blot. N refers to transgenic mouse normal BH without proteinase K treatment, which was used as a migration control. BC, buffy coat; BH, brain homogenate; PL, plasma; PMCA, protein misfolding cyclic amplification; RBC, erythrocytes; vCJD, variant Creutzfeldt-Jakob disease; WB, whole blood.