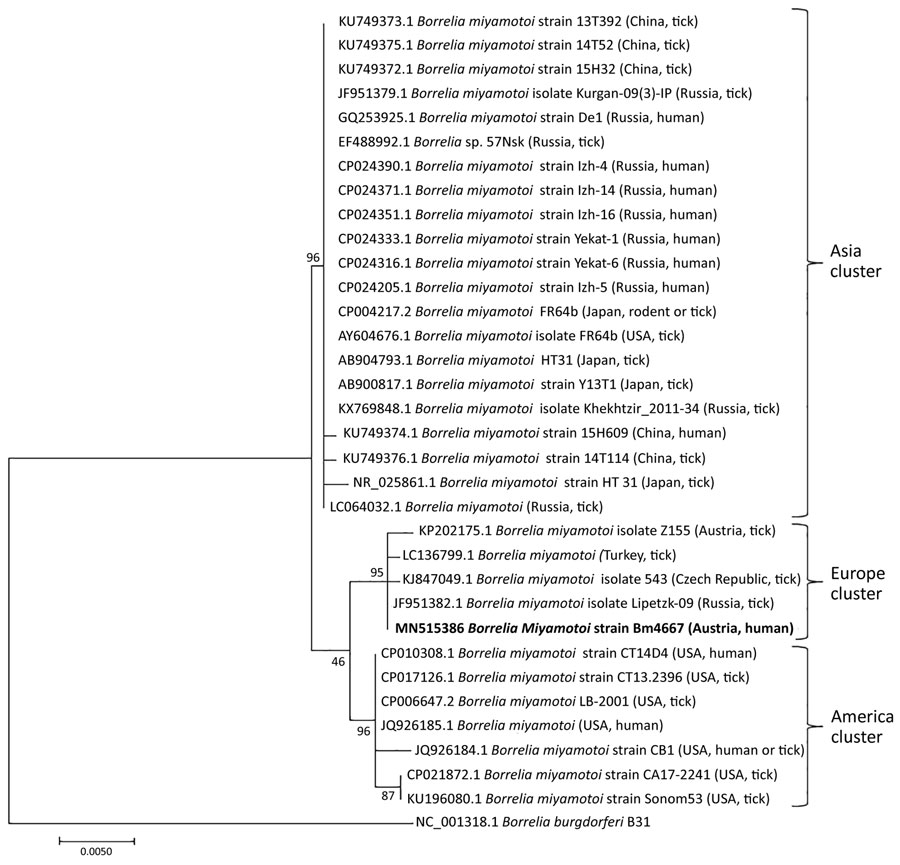 Figure 2. Phylogenetic tree based on the 16S rRNA gene of Borrelia miyamotoi from a patient in Austria (Bm4667; arrow) and reference sequences. This phylogenetic tree was constructed by using the maximum-likelihood method based on the general time reversible model. The tree is drawn to scale, with bootstrap values shown at the nodes of the tree, inferred from 600 replicates. A total of 1,199 bp of B. miyamotoi 16S rRNA gene sequences was used in the final dataset, which involved 34 nt sequences and in which gaps and missing data were deleted. Evolutionary analyses were conducted in MEGA7 (https://www.megasoftware.net). The patient isolate clustered together with strains found in ticks from Europe. Information of the source and country for reference isolates is shown in parentheses after strain designation. Scale bar indicates substitutions per site.

Page created: July 14, 2020
Page updated: August 19, 2020
Page reviewed: August 19, 2020
The conclusions, findings, and opinions expressed by authors contributing to this journal do not necessarily reflect the official position of the U.S. Department of Health and Human Services, the Public Health Service, the Centers for Disease Control and Prevention, or the authors' affiliated institutions. Use of trade names is for identification only and does not imply endorsement by any of the groups named above.