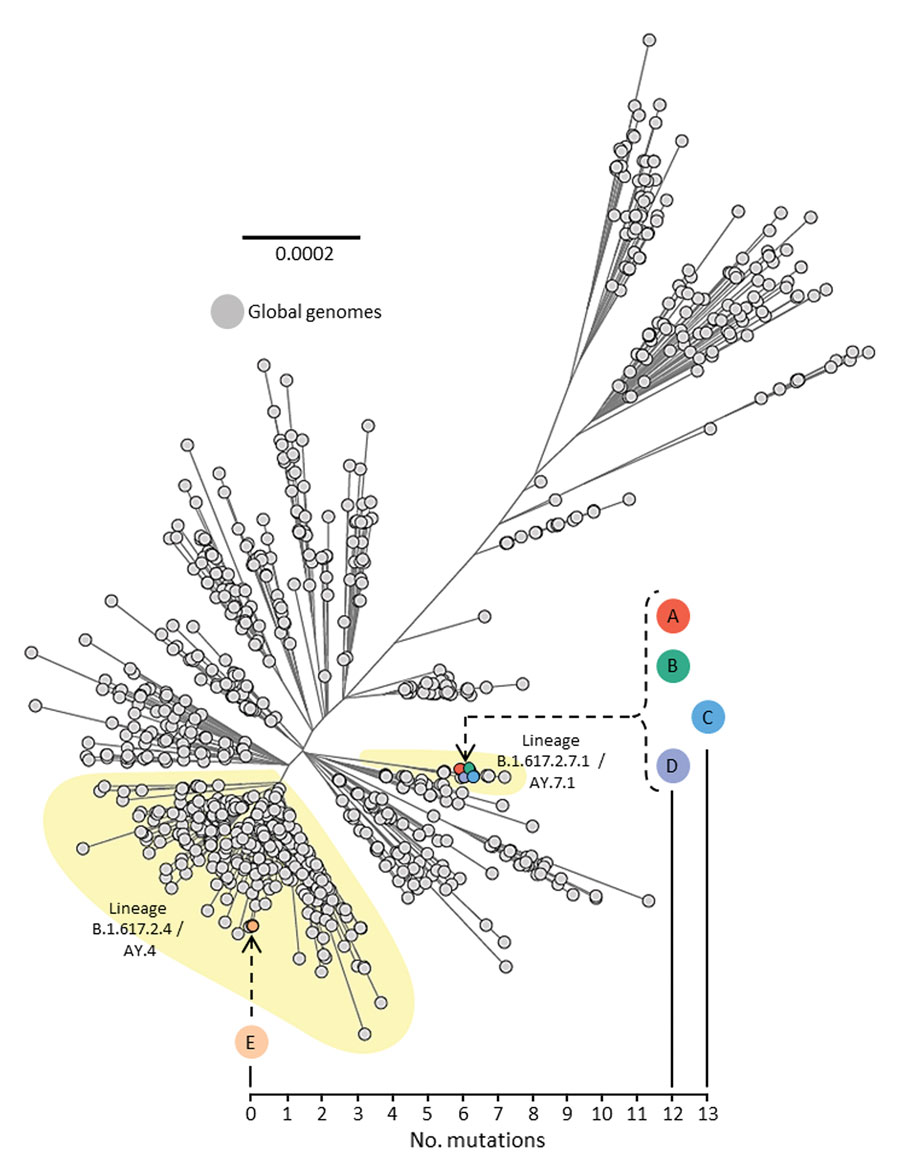 Figure 3. Unrooted maximum-likelihood phylogenetic tree of genomes from severe acute respiratory syndrome coronavirus 2 (SARS-CoV-2) isolated from persons A, B, C, D, and E, implicated in airborne transmission of SARS-CoV-2 Delta variant between separate nonadjacent rooms within a tightly monitored managed isolation facility, New Zealand, set among a background of other lineage B.1.617.2 (Delta variant) genomes sampled from around the world during July 1–14, 2021. Colored circles indicate persons A–E. Person F is not included because they were not infected with SARS-CoV-2 during the timeframe of this investigation. Upper left phylogenetic scale bar indicates number of nucleotide substitutions per site. Lower right scale shows number of mutations (single nucleotide polymorphisms) difference between viral sequences isolated from persons A, B, C, D, and E.

Page created: December 22, 2021
Page updated: February 21, 2022
Page reviewed: February 21, 2022
The conclusions, findings, and opinions expressed by authors contributing to this journal do not necessarily reflect the official position of the U.S. Department of Health and Human Services, the Public Health Service, the Centers for Disease Control and Prevention, or the authors' affiliated institutions. Use of trade names is for identification only and does not imply endorsement by any of the groups named above.