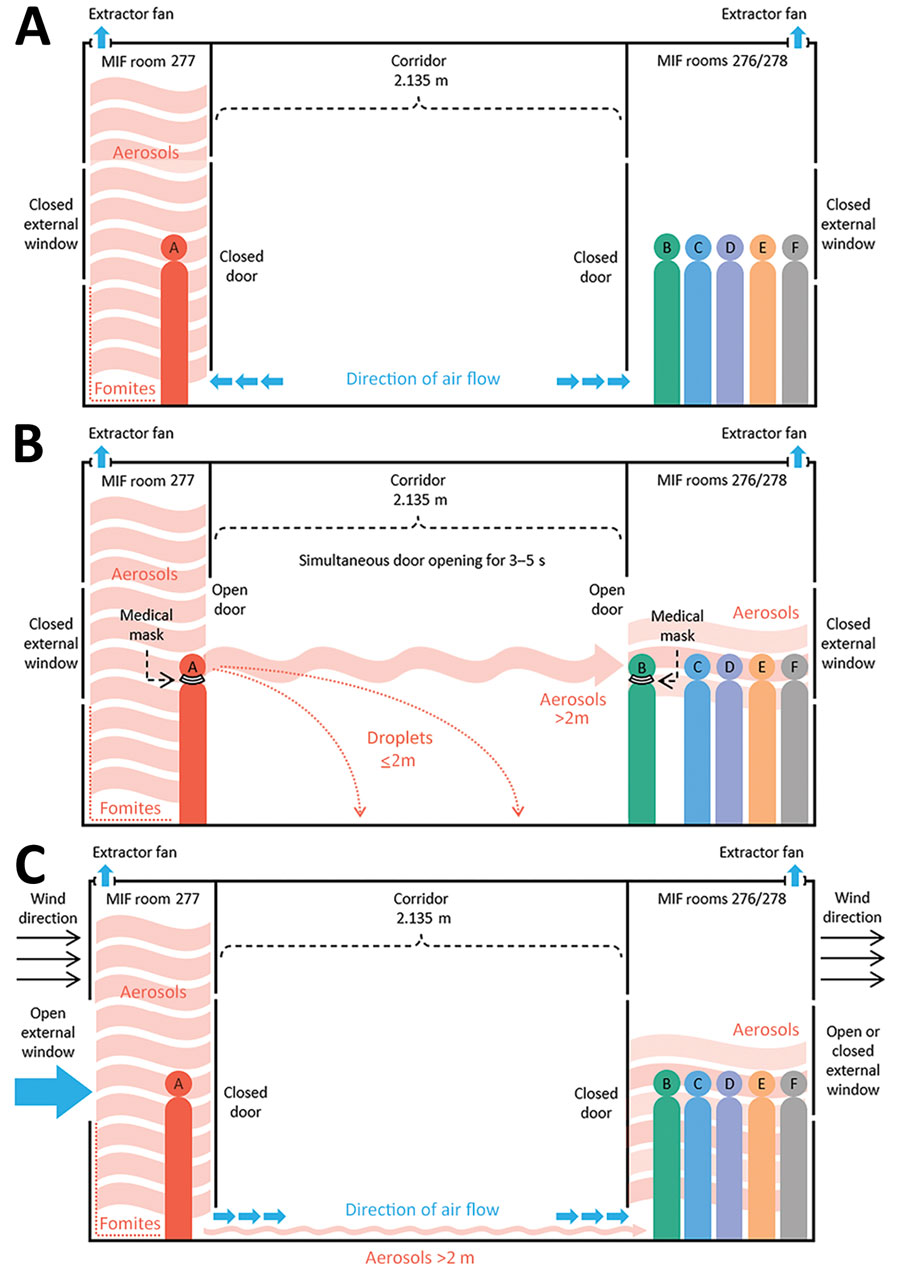 Figure 4. Possible mechanisms of airborne transmission of severe acute respiratory syndrome coronavirus 2 (SARS-CoV-2) Delta variant between separate nonadjacent rooms within a tightly monitored MIF, New Zealand. A) Air flow through rooms when room doors and external windows are closed; rooms are negative pressure and air moves from the corridor into the rooms, exiting by extractor fans. B) Movement of viral aerosols between rooms during episodes of simultaneous door-opening, when negative pressure generated by extractor fans is negated. C) Movement of viral aerosols under room doors, aided by opening of external room windows and outdoor meteorological conditions (wind speed and direction), which can create internal air flows within the building. Colored circles indicate persons A–F. Blue arrows indicate direction of air flow. Different types of infectious particles are annotated in red, with all infectious particles originating from person A. Red arrows indicate direction of movement of infectious particles. Person B is shown opening the door in this example; however, security camera footage could not identify which group member opened the door during the episodes. Security camera footage could not confirm that masks were worn by the persons answering the doors, but wearing of medical masks when opening doors is mandated in the MIF. MIF, managed isolation facility.

Page created: December 22, 2021
Page updated: February 21, 2022
Page reviewed: February 21, 2022
The conclusions, findings, and opinions expressed by authors contributing to this journal do not necessarily reflect the official position of the U.S. Department of Health and Human Services, the Public Health Service, the Centers for Disease Control and Prevention, or the authors' affiliated institutions. Use of trade names is for identification only and does not imply endorsement by any of the groups named above.