We screened salivary glands from adult deer ticks collected near Spooner and Hayward, Wisconsin, to determine whether deer tick virus, a recently described flavivirus, occurs with other tickborne agents in the upper Midwest. Intraacinar inclusions sug- gestive of replicating virus were detected in 4 (4.6%) of 87 ticks. The virus was isolated by suckling-mouse inoculation.

Pathogens transmitted by deer ticks (Ixodes dammini) affect the health of residents in areas of the northcentral United States. The diversity of infecting agents, the intensity of their transmission, and the concomitant risk for human infection are well documented and approach levels found in the Northeast (1-4). In northwestern Wisconsin, the risk to health from these ticks may increase as human recreational and industrial activities more frequently intersect with areas of enzootic transmission. In addition to the agents of Lyme disease (Borrelia burgdorferi), human granulocytic ehrlichiosis (Ehrlichia microti), and human babesiosis (Babesia microti), deer ticks in these foci might be infected with deer-tick virus (DTV), a recently described Powassan (POW)-like agent of the genus Flavivirus (5), and might pose an additional threat to human health in this region.

To determine whether this newly recognized agent infects deer ticks in a focus outside New England, we sampled ticks from two heavily infested sites in northern Wisconsin and assayed them for all four agents. Host-seeking adult ticks were collected by dragging a piece of flannel cloth over the vegetation during October of 1997 and 1998. We collected 481 adult deer ticks near Spooner and Hayward, Wisconsin, during 8 hours of sampling. A sample of the female ticks (87 of 271) was selected for analysis. Nonengorged female ticks were fed on uninfected laboratory rabbits to stimulate replication of infectious organisms and were removed after 4 to 5 days. Ticks were dissected individually on acid-washed microscope slides by using flame-sterilized forceps and razor blades. One of each pair of salivary glands was stained by the Feulgen reaction and examined by bright-field microscopy. The other was pooled with the salivary glands of four other ticks in Hanks' Balanced Salt Solution supplemented with fetal bovine serum (HBSS/FBS) for mouse inoculation and polymerase chain reaction (PCR) analysis. The slides used for dissection were examined for B. burgdorferi by direct fluorescent antibody (6). Male ticks were assayed for spirochetal infection only; they were homogenized in 50 µl PBS, and 10 µl of the resulting suspension was applied to 12-well microscope slides, air dried, and stained.

Deer ticks sampled near Spooner and Hayward, Wisconsin, maintain pathogens similar to those found in New England ticks and in comparable proportions (Table). In addition to the three agents enzootic near Spooner (4,7,8), we observed a staining pattern suggestive of viral replication (5) in the salivary glands of four ticks. To determine whether this agent was viral, we inoculated suckling mice intracerebrally with 0.03 ml of a clarified and sterile-filtered homogenate of the combined pools containing Feulgen-positive salivary glands. A sample of this homogenate was reserved for reverse transcriptase (RT)-PCR analysis. Siblings of suckling mice received 0.03 ml of sterile HBSS/FBS. On the morning of day 6 after inoculation, the mice that received salivary gland homogenate showed signs of profound neurologic dysfunction: their gait was disrupted, and they failed to right themselves when placed on their backs. By mid-afternoon they were moribund and died shortly thereafter. The time between inoculation and death was similar to that seen in DTV and POW infections, which kill suckling mice in 5 to 7 days (5,9).

Figure 1. Phylogenetic relationships among tickborne flaviviruses based on a 376-bp fragment of the ns5 gene. Distance analysis omitting third position nucleotides. Branch numbers are bootstrap confidence estimates on the basis of 500...

To determine whether the putative viral agent was DTV, POW, or a related flavivirus, salivary glands that appeared infected were analyzed by RT-PCR. The clarified homogenate used for mouse inoculation was added to 350 ml of a lysis buffer, and RNA was extracted by RNEasy spin columns (Qiagen) as directed by the manufacturer. The resulting RNA-containing solution was reverse transcribed by using random hexamers at 42°C for 20 minutes. We added 5 ml of cDNA to an amplification mixture containing primers (TBE-1[5'-3' ACATGGCAGTACTGGGG) and TBE-2 (5'-3' CCCATCATGTTGTACAC]) designed to amplify an approximately 450-bp fragment of the ns5 gene of Central European tickborne encephalitis (TBE). Reaction conditions were as follows: initial denaturation at 94°C for 1 minute, followed by 35 cycles of 94°C for 45 seconds, 40°C for 45 seconds, and 72°C for 1 minute. A final extension step of 72°C for 6 minutes was also performed. Bands of the correct size were excised and sequenced by the dideoxy-chain termination method and an automated DNA sequencer (Applied Biosystems, Foster City, CA). Sequences were compared with those accessioned in GenBank. Sequence alignments were generated with the PILEUP program of the Wisconsin Genetics Computer Group and then analyzed by the distance method using MEGA (10). Third codon positions were omitted to minimize sequence convergence due to homoplasy and to better reflect nucleotide changes resulting in amino acid differences. Analyses including third codon positions resulted in identical topologies with higher bootstrap values and longer branch lengths. Evolutionary distances were computed by the Kimura 2-parameter method, including both transitions and transversions. Distance trees were constructed by the neighbor-joining method, and their robustness was estimated by performing 500 bootstrap replicates. Phylogenetic analysis of this fragment (GenBank accession af135459) indicated that the virus was most closely related, but not identical, to DTV from northwestern Connecticut (af135460) (Figure 1). Because the ns5 gene from our Spooner isolate was more closely related to DTV than to POW, this isolate is provisionally designated as deer-tick virus-Spooner (DTV-SPO). 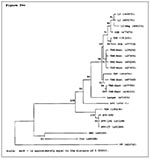 Figure 2. Phylogenetic relationships among tickborne flaviviruses on the basis of a 575-bp fragment of the envelope gene. Distance analysis omitting third position nucleotides. Branch numbers are bootstrap confidence estimates on the basis...

To more completely characterize the Wisconsin viral isolate, we amplified a 650-bp fragment of the viral envelope gene from the suckling mouse brain tissue. Extraction and reverse-transcription of RNA was conducted as previously described; PCR were also conducted as described, except that the primers ENV-A and POW-6 were used (5). PCR products were subjected to electrophoresis on a 2% agarose gel, yielding a product of the expected size, which was subsequently excised and sequenced. The nucleotide sequence of this fragment differs by 16% and 4% from published POW and DTV sequences, respectively. Phylogenetic analysis of this fragment (af135461) confirmed that the Spooner isolate clusters with DTV and POW (Figure 2). The resulting topology was virtually identical to that of other published trees analyzed by means of different optimality criteria (11,12).

This is the first report of an isolation of a TBE-group flavivirus from Wisconsin, and only the second report of a flavivirus in deer ticks. The antigenic relatedness of DTV and POW has not yet been determined. Arboviral classification has been on the basis of serologic methods (International Catalogue). A fourfold or greater difference in titer measured by one or more serologic tests (neutralization, complement fixation) between homologous and heterologous antisera raised to the viruses being compared is considered to support novelty (15). However, molecular phylogenetic analyses are increasingly becoming routine and can rapidly provide information on relatedness. Initial findings may subsequently be complemented by the time-tested serologic techniques. This paradigm for viral identification, where an agent of unknown pathogenic potential may be initially examined by PCR sequencing, has been recently used with much success with hantaviruses. New York virus, for example, was suggested to be a distinct subtype of Sin Nombre virus because its nucleocapsid protein gene sequence differed by 10% to 12% (16). Other northeastern U.S. hantavirus isolates from Peromyscus leucopus clustered with each other in phylogenetic analysis (forming a "clade") rather than with Sin Nombre virus from the southwestern United States. Similarly, despite the geographic distance of their transmission foci, DTV-SPO forms a clade with the two original DTV isolates from New England rather than with the sole molecularly characterized POW isolate, which derives from nearby Ontario. Accordingly, although conclusions regarding the novelty of DTV should be regarded as tentative pending serologic studies, molecular evidence strongly suggests that DTV is a new subtype of POW.

The clinical implications of human infection with DTV are not known. Powassan encephalitis, however, often follows a severe clinical course, with a 10.5% case-fatality rate and severe sequelae (hemiplegia, wasting, severe headaches) in 47.1% of survivors (9). The genetic distance (Figure 2) between DTV and POW isolates is roughly similar to the difference between eastern TBE isolates (Russian spring-summer encephalitis) and Omsk hemorrhagic fever, viruses with radically different clinical presentations. We suspect that in contrast to infection with POW, human disease caused by DTV may be mild or asymptomatic. Although residents of northeastern and midwestern states are heavily exposed to deer ticks, an associated severe neurologic disease has not yet been described. Prevalence of DTV in host-seeking adult deer ticks was similar to that of the human granulocytic ehrlichiosis agent (4.3%), which indicates that residents of this region may be exposed frequently to the bites of DTV-infected ticks, and perhaps even more frequently than residents of our New England study sites (5). Alternatively, we may fortuitously have sampled in Wisconsin in an intense focus of transmission. European TBE group viruses persist in such enzootic microfoci, located within larger regions of lesser overall prevalence (14). Because these foci are so small, few residents of the region are exposed. The distribution of DTV, like that of babesiosis and Lyme disease, may spread from its initial foci to exposing the residents of much broader regions.

Mr. Ebel is a doctoral candidate in the Laboratory of Public Health Entomology, Department of Immunology and Infectious Diseases. His research interests focus on the population biology of deer tick- and small-mammal-associated viruses.

The authors thank Philip Armstrong for thoughtful suggestions, Rich Pollack and Heidi Goethert for reading the manuscript, and Melissa Culhane for field assistance. All animal experiments were conducted according to the approved International Animal Care and Use Committee guidelines for the Harvard Medical Area.