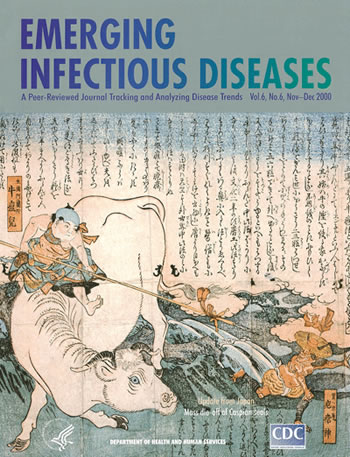 In 1849, 18 years before the Meiji Revolution, cowpox vaccination was first successful in Nagasaki, which was the only city open to foreign visitors during the Tokunaga Era. This method became widespread throughout Japan. Dr. Ryusai Kuwata (Bunka 8/1811-Keio 4/1868) from Edo (modern Tokyo) made this color woodcut print to advertise the effectiveness of the vaccination to protect against smallpox; he used this picture at the Osaka Vaccination Clinic. The white cow in the print represents vaccination.

It was known that among persons and families who tended cows, the clinical signs of smallpox were never serious. Following this clue, Dr. Kuwata tried vaccinating children with the contents of eruptions from cowpox. As the result, the children's illness was mild and not transmitted to others. Dr. Kuwata, who was the pioneer of vaccination in Japan, vaccinated more than 70,000 people. He died with a vaccination needle in his hand in 1868, when he was 58 years old.

I wonder who in the world named Smallpox a God? It is no more than a demon that deviated from the path of mankind.

There are approximately five ways of treating smallpox; one is called the vaccinia method. In the 1790s, a Dutchman [sic] named Edward Jenner announced this method. It is said that when this method was first used, a vaccine made from cow's blood was directly injected into patients. It was quite astonishing that this vaccine, which was made from blood drawn from cow udders and was used on children, cured smallpox.

The first form of this vaccine was the Dutch form, but the Chinese form was used after 1806. The Chinese form is currently being used in Japan, but many forms and methods are used throughout the world. In this manner, vaccination has become a method of treating smallpox.

We began using the Dutch form of the vaccine in the latter half of the 1800s. Thanks to the patronage of our loyal customers, the use of our vaccine has spread widely.

[Translator's note: At the end of this advertisement, there is a poem, the gist of which is, "Parents should do whatever they can to ensure the well-being of their children."]

Back cover and text translation* 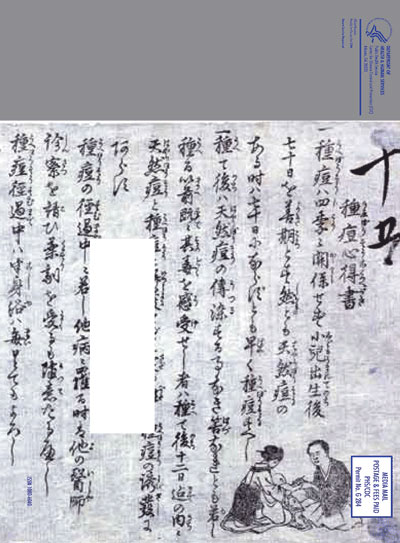 Translation of the image that appears on back cover.

What You Should Know about Vaccinations