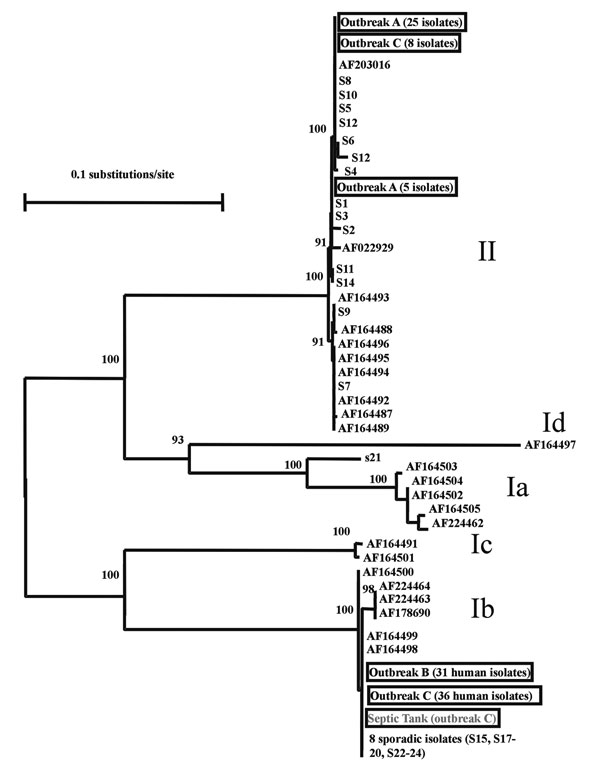 Figure. Genetic relationship among Cryptosporidium parasites found in three Northern Ireland outbreaks (outbreaks A, B, and C), sporadic cases in west Ireland (S1 to S14) and the northwest of England (S15 to S24), subgenotypes described by Strong et al. (11), and an unpublished sequence (AF203016) from the GenBank database. The isolates with accession numbers were mostly human and bovine and from the United States with the exception of AF164488, AF164492, and AF164493, which were isolated from humans in Zaire, Peru, and Brazil, respectively, but had been passaged in calves in the United States. Nomenclature for groups of subgenotypes is adapted from Strong et al.: Ia, Ib, Ic, and Id for subgenotypes of the C. parvum human genotype and II for subgenotypes of the C. parvum bovine genotype (11). Data presented are a neighbor-joining tree of GP60 sequences.