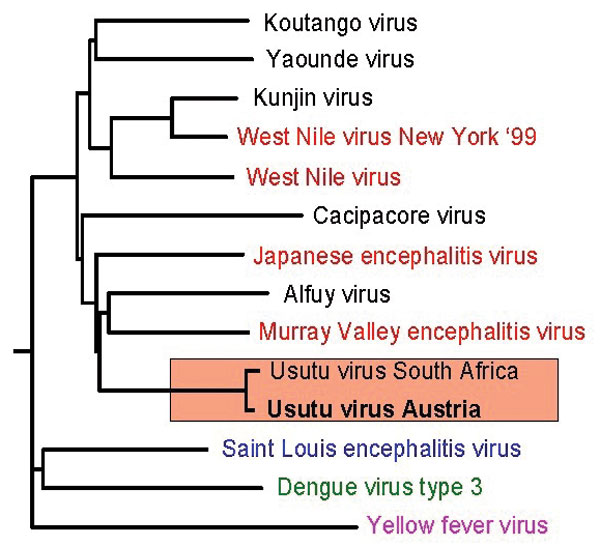 Figure 2. Phylogenetic analysis of several members of the Japanese encephalitis virus (JEV) group and selected other mosquito-borne flaviviruses demonstrates the close genetic relationship of the Austrian Usutu virus (USUV) isolate with the South African USUV (red underlay); well-known members of the JEV group are highlighted in red; distinct branches are formed by Saint Louis encephalitis virus, Dengue virus (type 3), and Yellow fever virus. The partial nucleotide sequence of the Austrian USUV isolate used in the phylogenetic tree has been deposited in the GenBank database under accession no. AF452643.