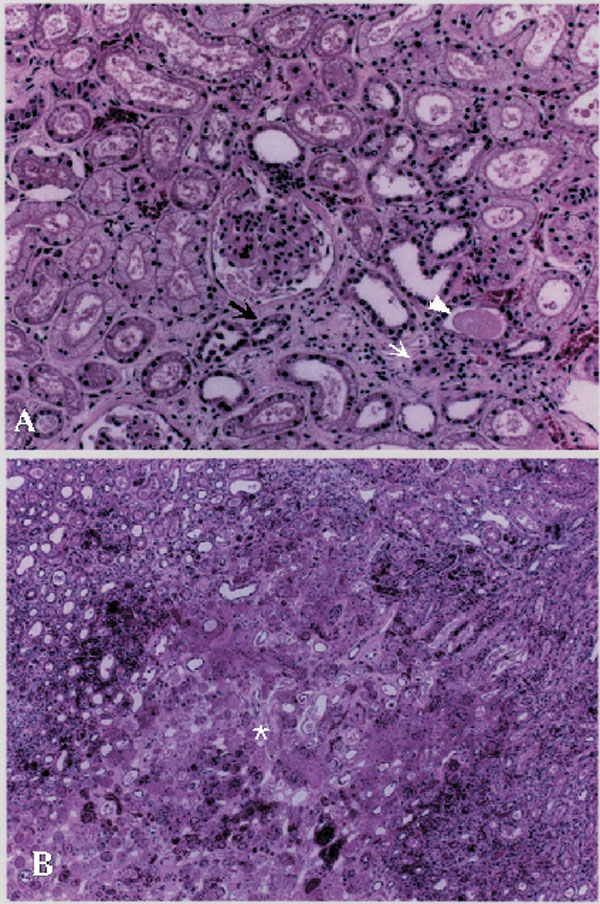 Figure 1. Histopathologic changes in kidney tissue from a patient with hemorrhagic fever with renal syndrome, Primorye region. Changes include interstitial edema with mild infiltration of mononuclear cells (small arrow) and degeneration of renal tubules (large arrow) in cortex. Proteinaceous casts and exudate (arrowhead) are seen in lumina of renal tubules (A). No apparent glomerular changes. Most prominent change in the medulla is well–defined necrotic lesion (asterisk) (B).