Over the past 6 years, a number of zoonotic and vectorborne viral diseases have emerged in Southeast Asia and the Western Pacific. Vectorborne disease agents discussed in this article include Japanese encephalitis, Barmah Forest, Ross River, and Chikungunya viruses. However, most emerging viruses have been zoonotic, with fruit bats, including the flying fox species as the probable wildlife hosts, and these will be discussed as well. The first of these disease agents to emerge was Hendra virus, formerly called equine morbillivirus. This was followed by outbreaks caused by a rabies-related virus, Australian bat lyssavirus, and a virus associated with porcine stillbirths and malformations, Menangle virus. Nipah virus caused an outbreak of fatal pneumonia in pigs and encephalitis in humans in the Malay Peninsula. Most recently, Tioman virus has been isolated from flying foxes, but it has not yet been associated with animal or human disease. Of nonzoonotic viruses, the most important regionally have been enterovirus 71 and HIV.

We used mathematical models to address several questions concerning the epidemiologic and evolutionary future of HIV/AIDS in human populations. Our analysis suggests that 1) when HIV first enters a human population, and for many subsequent years, the epidemic is driven by early transmissions, possibly occurring before donors have seroconverted to HIV-positive status; 2) new HIV infections in a subpopulation (risk group) may decline or level off due to the saturation of the susceptible hosts rather than to evolution of the virus or to the efficacy of intervention, education, and public health measures; 3) evolution in humans for resistance to HIV infection or for the infection to engender a lower death rate will require thousands of years and will be achieved only after vast numbers of persons die of AIDS; 4) evolution is unlikely to increase the virulence of HIV; and 5) if HIV chemotherapy reduces the transmissibility of the virus, treating individual patients can reduce the frequency of HIV infections and AIDS deaths in the general population.

The recent entry of products containing antibacterial agents into healthy households has escalated from a few dozen products in the mid-1990s to more than 700 today. Antibacterial products were developed and have been successfully used to prevent transmission of disease-causing microorganisms among patients, particularly in hospitals. They are now being added to products used in healthy households, even though an added health benefit has not been demonstrated. Scientists are concerned that the antibacterial agents will select bacteria resistant to them and cross-resistant to antibiotics. Moreover, if they alter a person's microflora, they may negatively affect the normal maturation of the T helper cell response of the immune system to commensal flora antigens; this change could lead to a greater chance of allergies in children. As with antibiotics, prudent use of these products is urged. Their designated purpose is to protect vulnerable patients.

This paper gives examples of public/private partnerships that support research, support drug development and that advance policy development, suggesting that such partnerships can advance our understanding and control of emerging infections. The investment in emerging infectious diseases from government and from industry is currently much larger than that from philanthropy. Nevertheless philanthropy, even with limited dollars, is able to play a catalytic function and provide risk capital for innovative partnerships and could in the future play an even larger role if the value of such investment is better defined and argued to recruit additional dollars to this area.

Adaptation of Bordetella pertussis to Vaccination: A Cause for Its Reemergence? [PDF - 401 KB - 3 pages]
F. R. Mooi et al.

Yellow fever (YF) is frequently associated with high severity and death rates in the Amazon region of Brazil. During the rainy seasons of 1998 and 1999, 23 (eight deaths) and 34 (eight deaths) human cases of YF were reported, respectively, in different geographic areas of Pará State; most cases were on Marajó Island. Patients were 1 to 46 years of age. Epidemiologic and ecological studies were conducted in Afuá and Breves on Marajó Island; captured insects yielded isolates of 4 and 11 YF strains, respectively, from Haemagogus janthinomys pooled mosquitoes. The cases on Marajó Island in 1999 resulted from lack of vaccination near the focus of the disease and intense migration, which brought many nonimmune people to areas where infected vectors were present. We hypothesize that YF virus remains in an area after an outbreak by vertical transmission among Haemagogus mosquitoes.

In North Carolina, we analyzed cumulative data for tuberculosis (TB) from 1980 through 1999 to determine trends in incidence, population subgroups at risk, and implications for health policy-makers. The overall incidence rates declined significantly over the study period (p = 0.0001). This decline correlates strongly with an increase in TB patients receiving directly observed therapy. Males have approximately twice the risk for disease, and persons 65 years of age are at the highest risk. For every Caucasian with TB, six blacks, six Hispanics, and eight Asians have the disease. TB incidence rates are declining in all other population subgroups but increasing in foreign-born and Hispanic persons.

To identify risk factors and describe the pattern of spread of the 1997 cholera epidemic in a rural area (Ifakara) in southern Tanzania, we conducted a prospective hospital-based, matched case-control study, with analysis based on the first 180 cases and 360 matched controls. Bathing in the river, long distance to water source, and eating dried fish were significantly associated with risk for cholera. Toxigenic Vibrio cholerae O1, biotype El Tor, serotype Ogawa, was isolated in samples from Ifakara's main water source and patients' stools. DNA molecular analyses showed identical patterns for all isolates.

Surveillance was enhanced and a retrospective interview study performed in 1998-99 to determine incidence, causes, and costs of foodborne illnesses in Uppsala, Sweden. Sixty-eight percent of the detected foodborne illness incidents were single cases, and 32% were outbreaks. Most (85%) of the incidents came to the attention of the municipal authorities through telephone calls from affected persons. Calicivirus, Campylobacter spp., and Staphyloccocus aureus were the most common etiological agents; meat, meat products, and mixed dishes were the most implicated food categories. The incidence of foodborne illness was estimated to be 38 cases per 1,000 inhabitants per year. The estimated average costs per illness were 2,164 Swedish Krona (SEK) ($246) to society and 500 SEK ($57) to the patient. The annual cost of foodborne illnesses in Sweden was estimated to be 1,082 million SEK ($123 million).

A 1999-2000 measles epidemic in the Netherlands started with an outbreak in an orthodox reformed elementary school with 7% vaccine coverage. The overall attack rate was 37%: 213 clinical cases among the 255 participating pupils (response 62%) and 327 household members. The attack rate ranged from 0% for the oldest groups of pupils to 88% for the youngest, who had not been exposed in previous measles epidemics. None of 25 vaccinated pupils had clinical symptoms. Among pupils with clinical symptoms, the self-reported complication rate was 25%. These data confirm that measles infection causes severe disease and that vaccination is the most effective means of preventing the disease and its complications. The data also show that clusters of persons refraining from vaccination interfere with measles elimination even in populations with very high overall vaccine coverage (96%).

Under the Weather: Climate, Ecosystems, and Infectious Disease [PDF - 361 KB - 3 pages]
L. Geller
Page created: April 27, 2012
Page updated: April 27, 2012
Page reviewed: April 27, 2012
The conclusions, findings, and opinions expressed by authors contributing to this journal do not necessarily reflect the official position of the U.S. Department of Health and Human Services, the Public Health Service, the Centers for Disease Control and Prevention, or the authors' affiliated institutions. Use of trade names is for identification only and does not imply endorsement by any of the groups named above.
Submit ManuscriptExternal Link
Issue Select 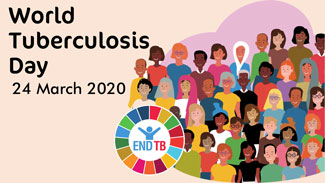