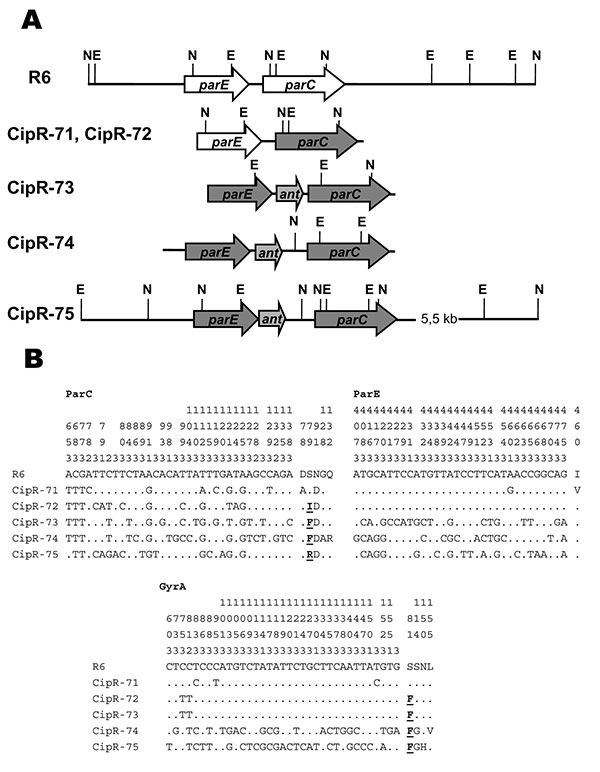 Figure. Genetic organization of the parE–parC region of Streptococcus pneumoniae mosaic strains and nucleotide sequence variations in the ParC, ParE, and GyrA quinolone resistance-determining regions. A) Structure as deduced from Southern blot experiments and nucleotide sequence analyses. E, EcoRV; N, NcoI. The parE and parC genes with a mosaic structure are shown with striped arrows. B) Nucleotides present at each polymorphic site are shown for strain R6, but only sites that differ are shown for the other strains. Amino acid changes involved in fluoroquinolone resistance are shown in boldface and underlined. Codon numbers are indicated in vertical format above the sequences. Positions 1, 2, and 3 in the fourth row refer to the first, second, and third nucleotides in the codon.