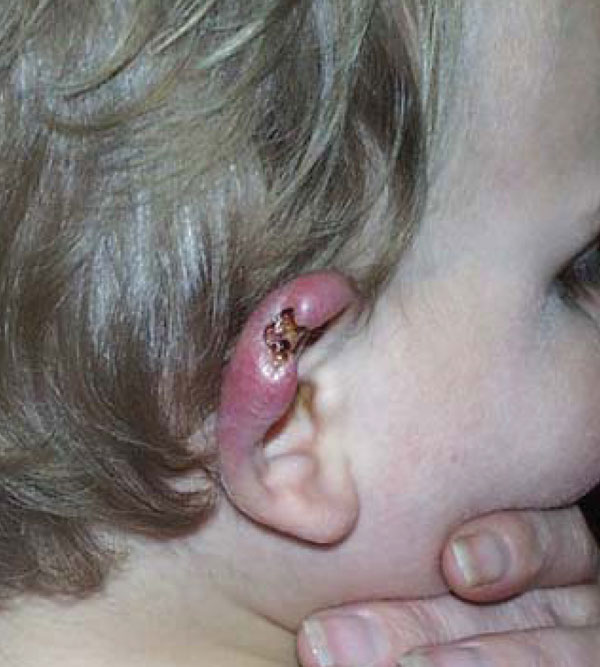 Figure 1. Ear of an 18-month-old child with culture- and PCR-confirmed Buruli ulcer who briefly visited St. Leonards, Australia, in 2001 (Figure 2). The initial lesion resembled a mosquito bite or that of another insect.