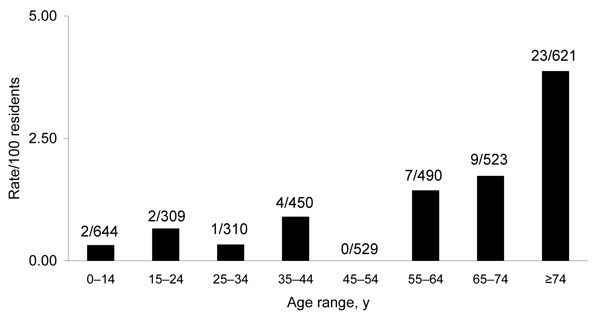 Figure 6. Estimated age-specific attack rates of Buruli ulcer for residents of Point Lonsdale/Queenscliff, Australia (postcode 3225). Values above the bars are cases per total no. residents in each age group.