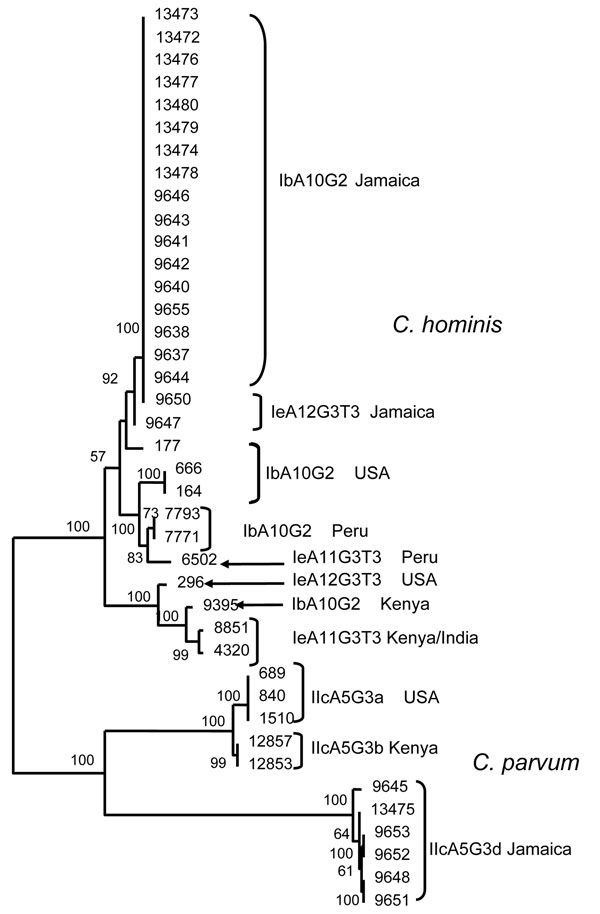 Figure. Relationships among Cryptosporidium hominis and C. parvum multilocus sequence subtypes at 5 genetic loci. Parasite population from Jamaica was compared with that from other regions by neighbor-joining analysis of concatenated sequence of 5 genetic loci, by using GP60 subtype identification in specimen selection. The Kimura 2-parameter model was used in the distance calculations. The sequences reported in this paper are available in the GenBank database under accession nos. EU141710–EU141727.