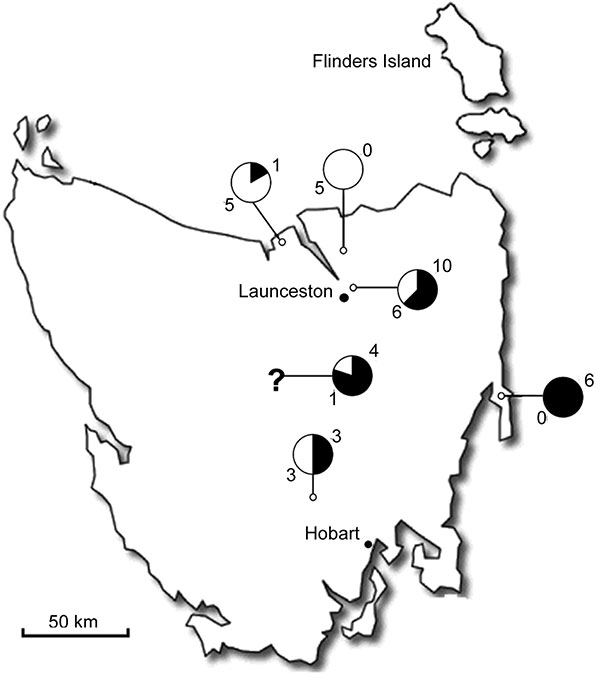 Figure 1. Map of Tasmania, Australia, showing number of positive (black) and negative (white) ticks and their locations. The question mark indicates unknown locations. A total of 55% of the ticks were positive for a spotted fever group rickettsia.