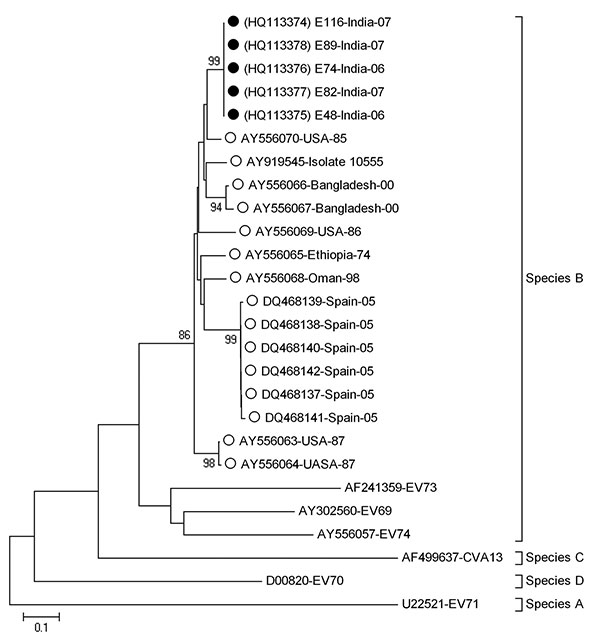 Figure. Phylogenetic analysis of viral protein 1 enterovirus 75 (EV75) nucleotide sequences. The tree was constructed by using the neighbor-joining method and the maximum-composite likelihood-substitution model. Significance of phylogenies was investigated by bootstrap analysis with 1,000 pseudoreplicate datasets. Bootstrap values >70% are indicated on the tree. Closed circles indicate isolates from India (this study) and open circles previously reported EV75 sequences. All EV75 sequences are named by using the conventional GenBank accession numbers (published sequences) or sample name (sequences from this study), country of origin, and year of isolation (where available). All prototype EV reference sequences are indicated by their GenBank accession numbers preceding serotype identification. Scale bar indicates nucleotide substitutions per site.