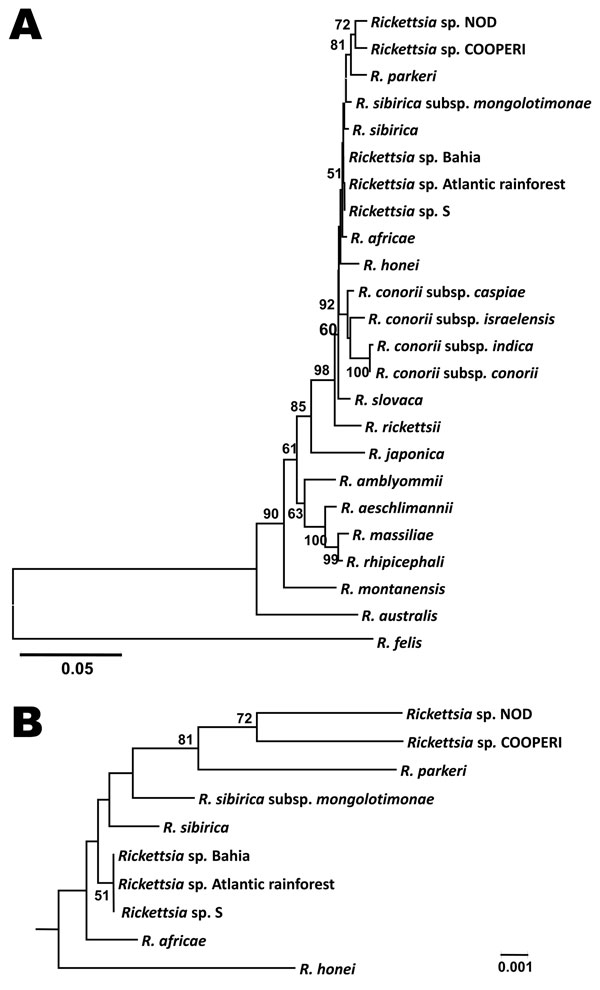 Figure 2. Genetic relationships of the spotted fever group rickettsiae (SFGR) detected in tissue of patient with eschar-associated rickettsial disease, Bahia, Brazil, 2007. Sequence comparison was conducted with MEGA version 4 (www.megasoftware.net). The phylogenetic optimal tree was inferred by using the neighbor-joining method, and distances were evaluated by implementing the Kimura 2-parameter model of substitution (sum of branch length = 0.58588522). In total, 323 nt sites of gltA and 401 nt sites of ompA were concatenated and evaluated; primer sequences and sites containing gaps and deletions were excluded from the analysis. Statistical reliability of the tree is based on 1,000 bootstrap replicates; only bootstrap values >50 are shown above the branches. The corresponding sequences of reference species and isolates were obtained from the National Center for Biotechnology Information GenBank database. A) Genetic association of Rickettsia sp. Bahia and other previously characterized SFGR; B) expanded tree of relationships among new SFGR to R. africae, R. parkeri, R. sibirica, Rickettsia sp. S and Atlantic Forest. Scale bars indicate nucleotide substitutions per site.