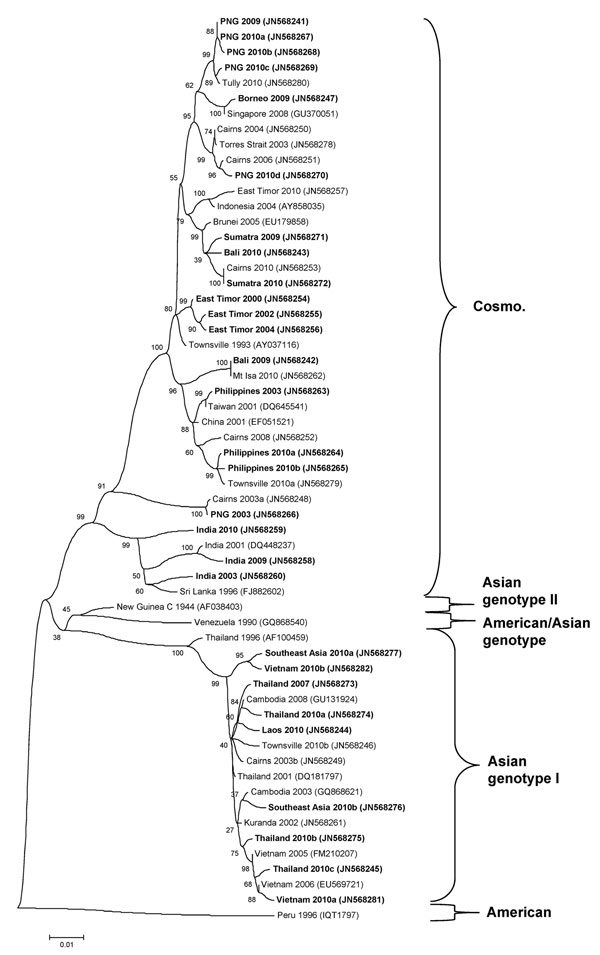 Figure 4. . . . Phylogenetic tree showing the relationship of dengue viruses, serotype 2, that were imported into Queensland, Australia, 2002–2010, based on sequencing of the envelope gene. Viruses are designated according to reported origin and GenBank accession number, and imported cases are shown in boldface. Genotypes are indicated on the right. Cosmo, Cosmopolitan. Scale bar indicates nucleotide substitutions per site.