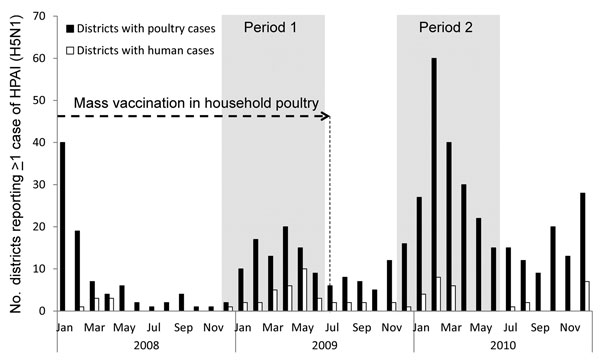 Figure. . Number of districts in which avian influenza (H5N1) virus infection was detected among poultry and humans during and after a campaign of mass vaccination of backyard poultry, Egypt, January 2008–December 2010. Activity was identified by active, passive, or participatory surveillance at the district level. Cessation of the vaccination campaign appeared to cause a large increase in the number of infected districts that were detected during Period 2. Shading indicates periods of study. HPAI, highly pathogenic avian influenza.