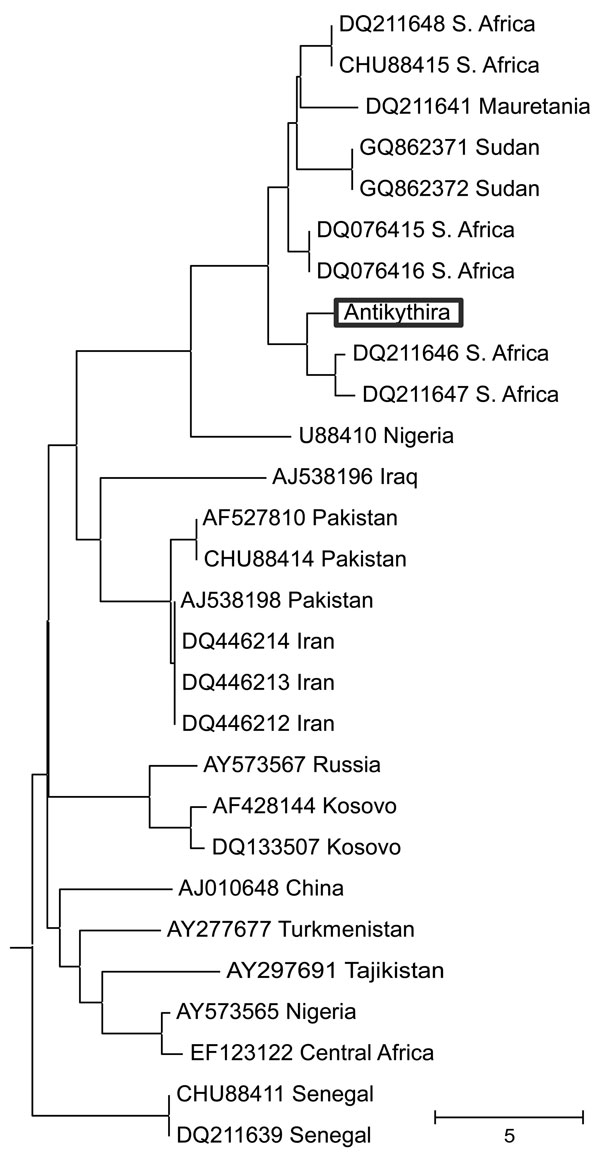 Figure. . Neighbor-joining tree of Crimean-Congo hemorrhagic fever virus small segment sequences retrieved from GenBank and the novel 127-bp sequence isolated in this study (boxed). The tree is drawn to scale, with branch lengths in the same units as those of the evolutionary distances used to infer the phylogenetic tree. A total of 127 positions were in the final dataset. Trees generated with maximum-likelihood and maximum-parsimony methods (not shown) exhibited nearly identical topology to this tree. The corresponding part of the Nairobi sheep disease virus small segment was used as an outgroup. The analyses were conducted in MEGA5 software (www.megasoftware.net) using a ClustalW alignment. Accession numbers and geographic origins of the sequences are shown. Scale bar indicates number of base differences per sequence. S. Africa, South Africa.