Hand, Foot, and Mouth Disease Caused by Coxsackievirus A6, Japan, 2011 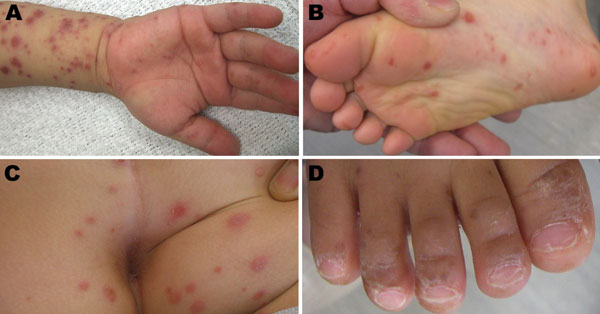 Figure. Typical clinical manifestations of hand, foot, and mouth disease associated with coxsackievirus CVA6 in Shizuoka, Japan, June–July, 2011. A) Hand and arm of a 2.5-year-old boy; B) foot and C) buttocks of a 6-year-old boy; D) nail matrix of a 20-month old boy.