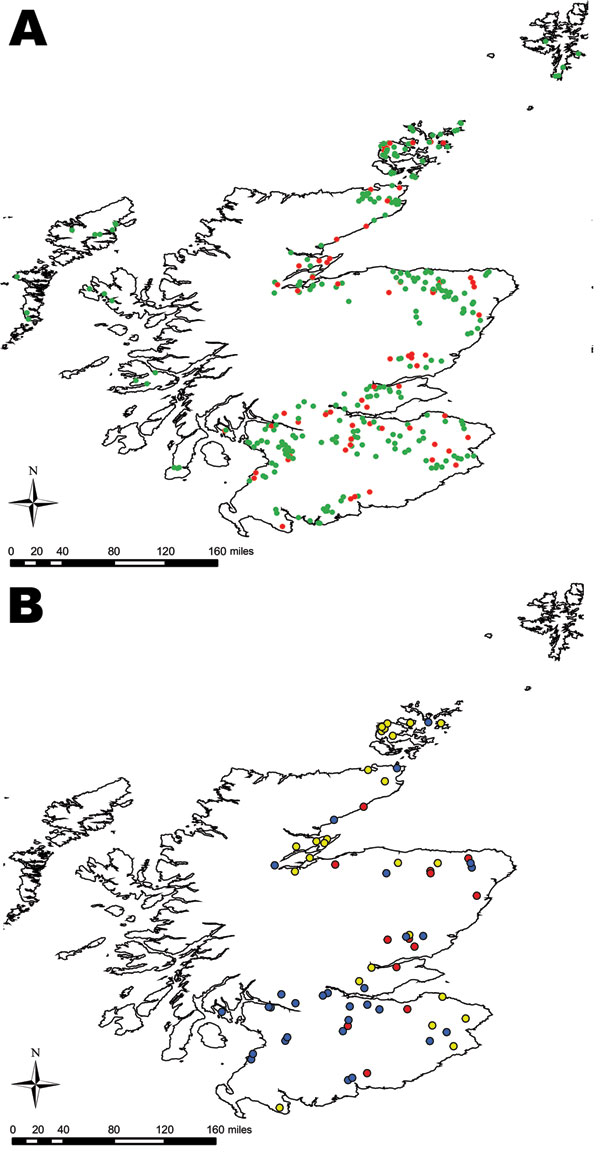 Figure 2. Location of farms sampled in 2002–2004 field survey for Escherichia coli O26, Scotland. A) Farms that were positive for E. coli O26 are shown in red; farms negative for E. coli O26 are shown in green. B) The positive farms were subdivided according to differences in virulent properties of E. coli O26 (farm status) based on the possession of stx. Farms were designated as stx– (blue), stx1+ (yellow), or stx1+stx2+ (red).