Bartonella spp. were detected in rats (Rattus norvegicus) trapped in downtown Los Angeles, California, USA. Of 200 rats tested, putative human pathogens, B. rochalimae and B. tribocorum were found in 37 (18.5%) and 115 (57.5%) rats, respectively. These bacteria among rodents in a densely populated urban area are a public health concern.

Bartonella spp. are vector-borne bacteria associated with an increasing array of emerging zoonotic infections in humans and animals (1). Some Bartonella spp. are widely distributed among small mammals in the United States and potentially cause human health concerns because these bacteria may be associated with human diseases (2). However, limited surveys have been conducted to identify infectious agents involved in zoonotic infections in rodents within urban areas of the United States (3). Norway rats (Rattus norvegicus) have been shown to harbor several Bartonella species, including B. tribocorum, B. elizabethae, B. rattimassiliensis, B. phoceensis, B. queenslandensis, and a strain closely related to B. rochalimae (3–6), of which B. elizabethae, B. rochalimae, and B. tribocorum were implicated in human diseases (7–11).

Rats were sampled during 2003–2007 at 16 sites in downtown Los Angeles in a rodent management/disease surveillance program. The rats were captured by using Tomahawk live traps (Tomahawk Live Trap Co., Hazelhurst, WI, USA) and anesthetized with CO2. Blood samples were obtained by cardiac puncture, transferred to sterile cryovials, placed on dry ice, and preserved at −70°C until testing at the Bartonella Laboratory of the Centers for Disease Control and Prevention (Fort Collins, CO, USA).

Genomic DNA was extracted from animal blood according to the blood protocol of the QIAamp DNA Mini Kit (QIAGEN, Valencia, CA, USA). Primers CS140f and CS443f (12) and CS781f and CS1137n (13), including newly designed primers CS120f-5′-TTTCACTTATGATCCTGGCTT-3′ and CS1210r-5′-GATCYTCAATCATTTCTTTCCA-3′, which amplify DNA fragments ranging from 380 to 1,091 bp encompassing a 327-bp–specific zone (between bp positions 801 and 1127) of the gltA gene (14), were used in different combinations.

Eight PCRs were performed for each sample. PCR products were purified by using the QIAquick PCR Purification Kit (QIAGEN, Germantown, MD, USA). The same primers were used for DNA sequencing. The obtained DNA sequences were trimmed to 327 bp between positions 801 and 1127 because most Bartonella spp. gltA sequences available in GenBank are limited to this size.

Details of procedures used for isolation of Bartonella spp. from mammalian blood have been described (2). Rat blood was diluted 1:4 in brain–heart infusion medium containing 5% fungizone and pipetted onto heart infusion agar plates containing 10% rabbit blood. Plates were incubated aerobically at 35°C in an atmosphere of 5% CO2 for <4 weeks and monitored for bacterial growth at least 1× per week after initial plating. Colonies were subpassaged onto fresh agar plates until a pure culture, free from contamination, was obtained.

Analysis of DNA sequences and phylogenetic relationships was performed by using MEGA4 (www.megasoftware.net/) and the neighbor-joining method with the Kimura 2-parameter distance model. Stability of inferred phylogeny was assessed by using bootstrap analysis of 1,000 randomly generated trees. DNA sequences obtained in this study were deposited in GenBank under accession nos. JF429450–JF429625. 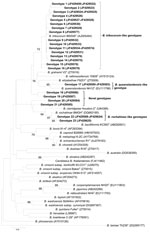 Figure A1. Phylogenetic classification of Bartonella spp. genotypes detected in Rattus norvegicus rats in downtown Los Angeles, California, USA, on the basis of citrate synthase (gltA) gene sequences. The phylogram was constructed by...

In this study, 3 novel Bartonella genogroups identified in 4 R. norvegicus rats were not genetically related to any known Bartonella spp. and might represent novel Bartonella spp. Genotypes 18 (JF429586) and 19 (JF429587) formed a Bartonella genogroup with 95% similarity to B. tribocorum as the closest species. Likewise, genotypes 20 (JF429584) and 21 (JF429585) have 91.4% and 92.6% sequence identities, respectively, with B. clarridgeiae, which is their closest related species (Figure A1).

Our study reports detection and identification of Bartonella spp. in urban rats in downtown Los Angeles, California. We demonstrated that R. norvegicus in downtown Los Angeles can serve as reservoirs of several Bartonella spp., such as B. rochalimae, B. tribocorum, B. queenslandensis, and possibly 3 additional novel species. Some genotypes identified in rats showed a high level of similarity (<98.8%) with a B. tribocorum isolate obtained from a febrile patient in Thailand (GenBank accession no. GQ225706) (11). Another species (B. rochalimae) was isolated from a patient with splenomegaly who had traveled to South America (14). This bacterium has also been isolated from dogs, foxes, rats, shrews, gerbils, and raccoons, suggesting that multiple reservoirs may be involved in maintenance of this species. One Bartonella genotype found in 4 rats in this study was 99.0% similar to B. queenslandensis (GenBank accession no. EU111800), which was originally isolated from R. fuscipes rats in Australia (15).

Because most identified Bartonella species have been reported as human infectious agents elsewhere, the finding that they were circulating among rodents in a densely populated urban area is of serious public health concern. In this context, further studies should be conducted on a larger collection of rodents and clinical human samples to determine evolutionary, genetic, and pathogenic relationships.

We thank Robert Flores for assistance with rat trapping and processing.

This study was supported in part by an appointment to the Emerging Infectious Diseases Fellowship Program administered by the Association of Public Health Laboratories and funded by the Centers for Disease and Control and Prevention.

Page created: March 13, 2012
Page updated: March 13, 2012
Page reviewed: March 13, 2012
The conclusions, findings, and opinions expressed by authors contributing to this journal do not necessarily reflect the official position of the U.S. Department of Health and Human Services, the Public Health Service, the Centers for Disease Control and Prevention, or the authors' affiliated institutions. Use of trade names is for identification only and does not imply endorsement by any of the groups named above.