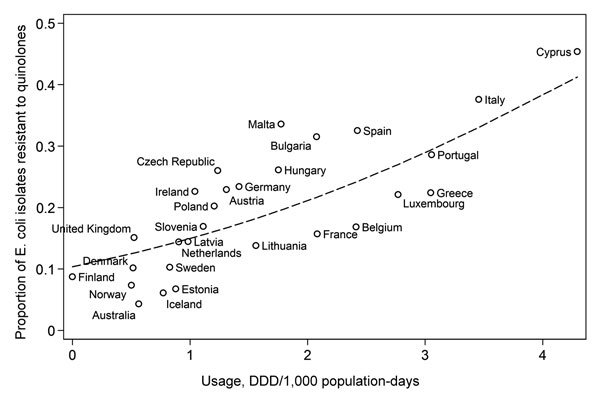 Figure 2. . . Quinolone use data for Europe from the European Surveillance of Antimicrobial Consumption initiative for antibiotic use in ambulatory care settings and European Antimicrobial Resistance Surveillance System. Use data for Australia from the Australian Group on Antibiotic Resistance (community isolates) and Drug Utilization Sub-Committee Drug Utilization Database (Commonwealth of Australia). Line represents logit-modeled relationship between resistance and usage, weighted by number of isolates tested. Usage rate calculated on the basis of medication use of 1,000 persons per day. DDD, defined daily dose; E. coli, Escherichia coli.