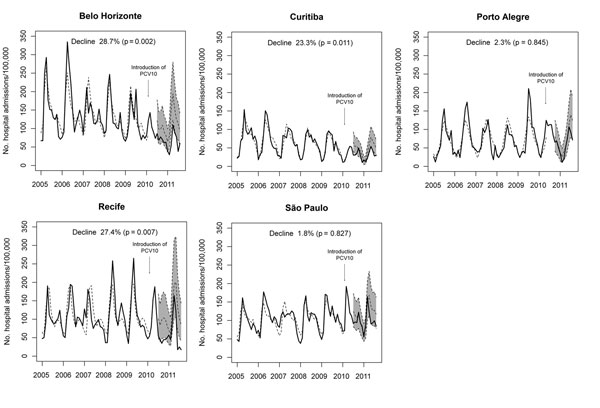 Figure 5. . . Observed (solid lines) and predicted (dashed lines) rates of hospitalization for pneumonia and 95% CIs (shaded area) among children 2 months–2 years of age in 5 cities, Brazil, January 2005–August 2011. The 95% CIs are shown only for the 4 months after start of vaccination. Decline represents the reduction in hospitalizations for pneumonia. PCV10, 10-valent pneumococcal vaccine.