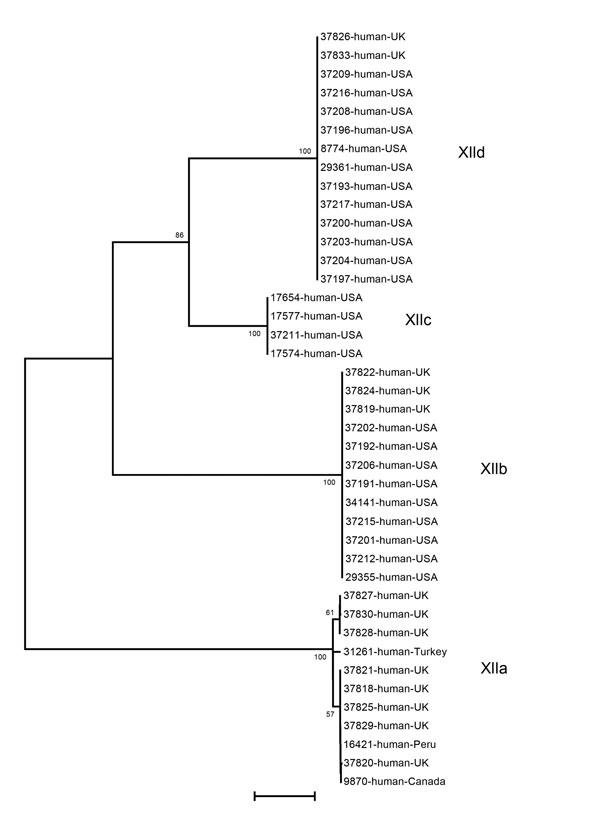 Figure 3. Genetic relationship among 4 Cryptosporidium ubiquitum subtype families (XIIa–XIId) in humans as indicated by a neighbor-joining analysis of the partial gp60 geneThe XIIa subtype family is seen in humans in most locations except the United States, where humans are infected with subtype families XIIb, XIIc, and XIIdBootstrap values are indicated along branchesScale bar indicates 0.01 nucleotide substitutions per site.