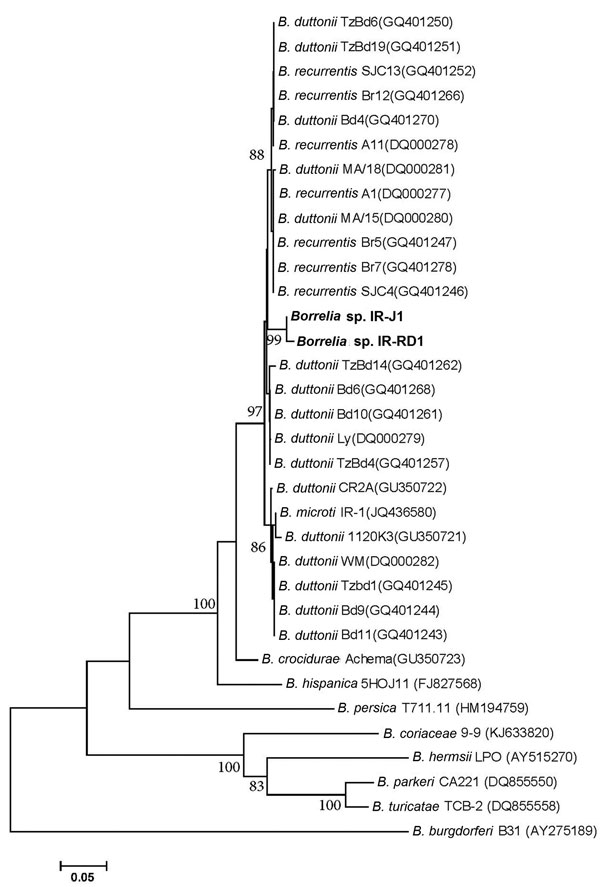 Figure. Phylogenetic tree of Borrelia spp. strains isolated in Iran, 2014. Constructed on the basis of intergenic spacer sequences, the tree is drawn to scale using evolutionary distance computed using the Jukes-Cantor method in which the units reflect substitutions per site. The final dataset used 587 bp. Numbers at nodes show the level of robustness in a bootstrap test performed with 2,000 replicates; numbers <85 were removed. Scale bar indicates nucleotide substitutions over length analyzed. GenBank accession nos. for nucleotide sequences of IGS from 2 patients (in bold) are KM271987 and KM271988.