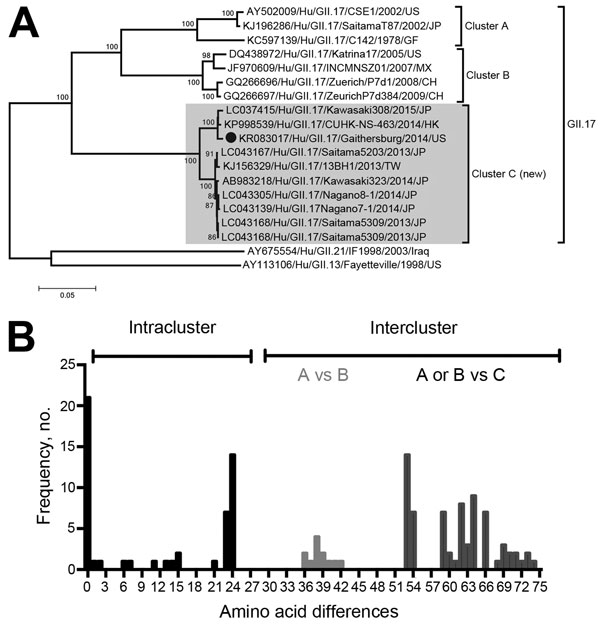 Figure 1. Relationship of major capsid protein (viral protein [VP] 1) of norovirus strain Hu/GII.17/Gaithersburg/2014/US with other GII.17 noroviruses. A) Phylogenetic tree of the Hu/GII.17/Gaithersburg/2014/US VP1 region showing comparison with those of GII.17 norovirus strains available in public genetic databases. Phylogenetic analyses were conducted by using MEGA version 6 (11), neighbor-joining as the algorithm for reconstruction, and Tamura-Nei as the model of substitution. Bootstrap (500 replicates) analysis was used for the statistical support of the tree; values >70% are shown. The Hu/GII.17/Gaithersburg/2014/US strain is indicated by a black circle. For each strain, the GenBank accession number/name/year of detection/country is shown. Gray shading indicates GII.17 cluster C strains. Scale bar indicates nucleotide substitutions per site. B) Amino acid differences among the GII.17 strains.