Increase in Sexually Transmitted Infections among Men Who Have Sex with Men, England, 2014 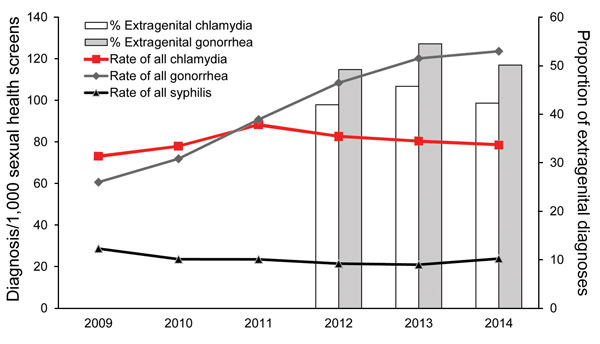 Figure 2. Rate of diagnoses (per 1,000 sexual health screens) of chlamydia, gonorrhea, and syphilis (primary, secondary, and early latent) and proportion of extragenital chlamydia and gonorrhea diagnoses among men who have sex with men who attended sexual health clinics, England, 2009–2014. Surveillance codes for extragenital infections were introduced mid-2011 and are only available for chlamydia and gonorrhea diagnoses.